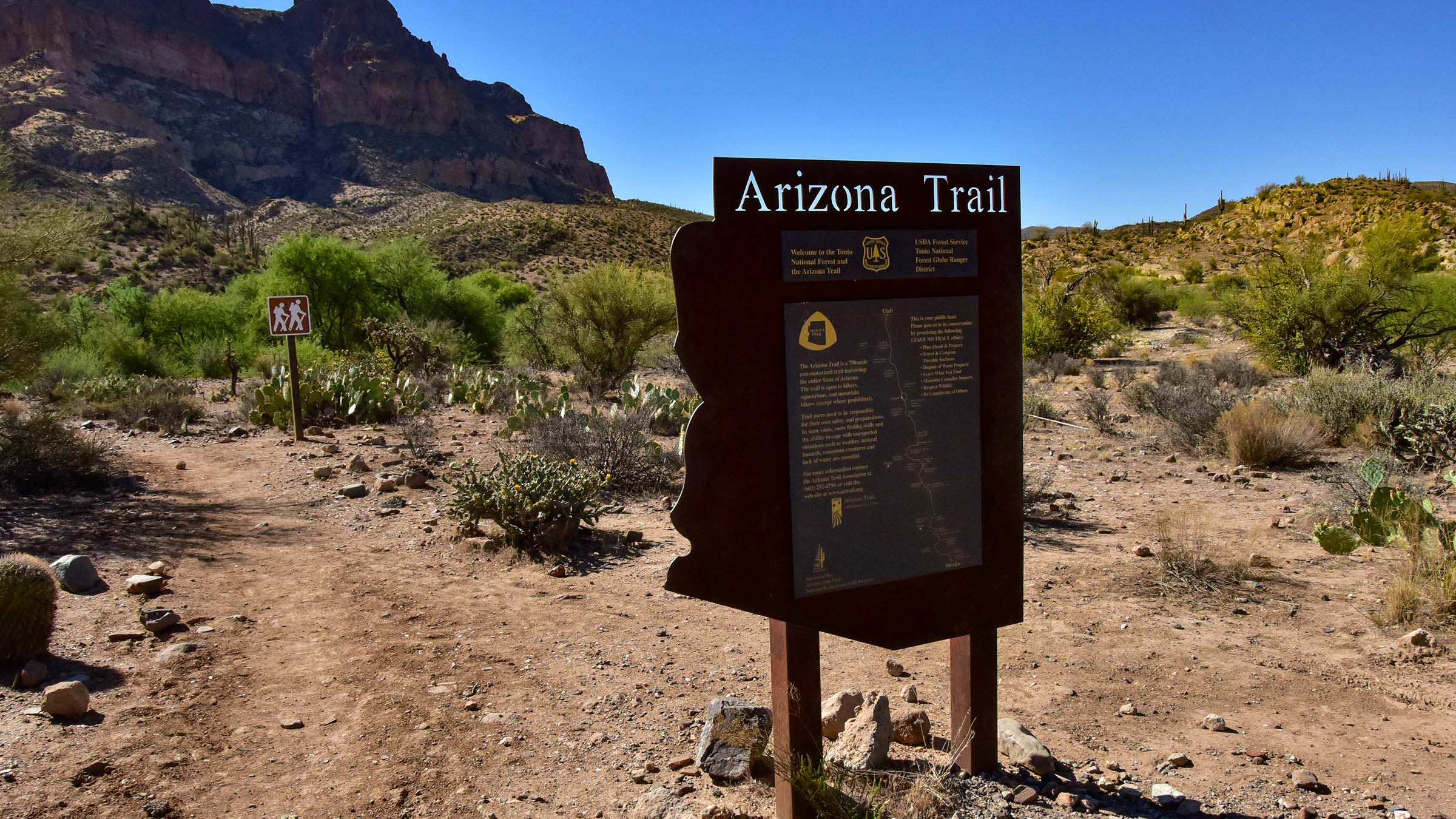 With Fires Raging Around the State, More Than Half the Arizona Trail is Currently Closed

When most people think about the Arizona Trail, they imagine tall saguaro cactuses and sweeping desert vistas, not flaming forests. Unfortunately, the 2021 hiking season has been unusually dry, which is putting the state at a high risk for wildfires. With that risk, forests are shutting down: More than half of the Arizona Trail has already been closed thanks to both current fires and fears of more blazes to come.

As of publishing time, 487.3 of the Arizona Trail’s 800 miles are currently off-limits. The U.S. Forest Service closed both Coconino and Kaibab National Forests to all recreational activity on June 23, and authorities expect the closure to be in effect until the risk of wildfires substantially decreases.

In addition, a closure to Tonto National Forest is expected to remain in effect until July 31 in order to reduce “human-caused fires.” Under this closure, roads and lakes remain open, but trails and forests will be closed.

The southern terminus of the Arizona Trail is still closed from mile 0 to 1.1 due to border wall construction, and a violation of these closures can result in a class B misdemeanor, prison time, and a fine of either $5,000 or $10,000 depending on whether or not you’re traveling with a group or participating in a commercial trip.

Over the past decade, an average of over 62,000 wildfires have impacted 7.5 million acres in the United States each year. The driest part of the season isn’t even upon us, yet the national June wildfire numbers are higher than they’ve been in the past decade. As of June 24, the US has already seen 29,564 fires destroy 1,192,236 acres of land.

So far, this fire season has hit Arizona especially hard. The state’s first major fire of the season was reported on June 4, and quickly grew to over 180,000 acres. Today, there are over 20 active fires blazing across the state.

While few hikers venture onto the Arizona Trail in summer due to soaring temperatures, this fall’s class could still suffer the consequences. Risks from wildfires don’t disappear once crews extinguish the blazes: Areas that are impacted also experience flooding, and trails that have been ravaged by fires experience destabilization, which can create hazards for hikers, requiring mitigation and repair work on trails as well as removal of potentially dangerous standing trees. Once the flames recede, it remains to be seen whether the closures will persist.