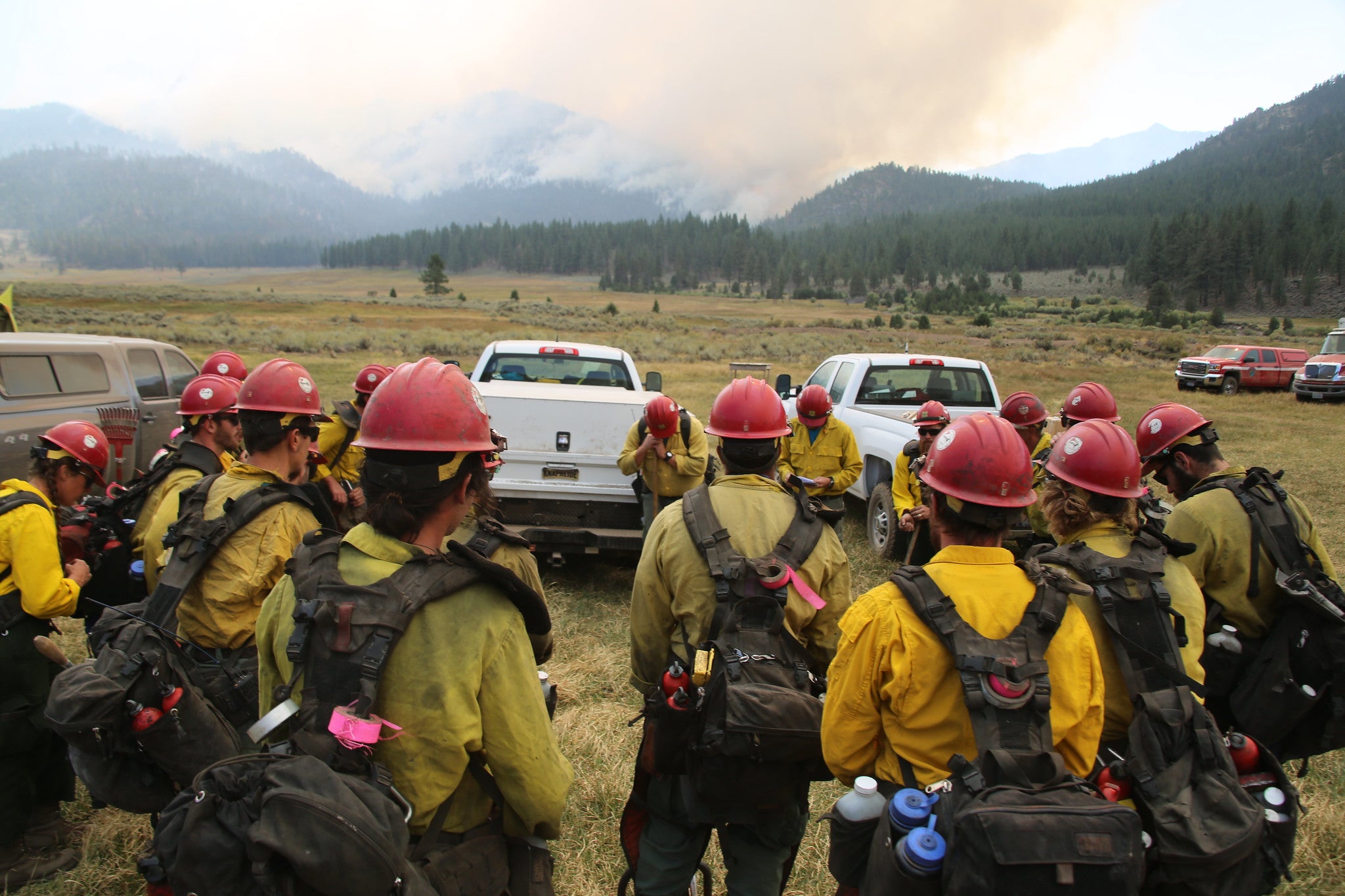 Summer is fire season in the arid West, and this year is already off to a historic start. There are currently 800 square miles of land burning, and the National Interagency Fire Center has raised national wildfire preparedness to level 4 out of 5—meaning that “much of the country is experiencing wildland fire activity” and that “more than half firefighting resources are committed.” If that sounds bad, it’s because it is: This is the second-earliest level-4 designation since 1990 and only the fourth time in the past 20 years to reach this level in June.

More than 9,000 wildland firefighters across the U.S. are currently battling 52 large fires in 13 states. Arizona has 14 of those fires, followed by California, Utah, and Colorado with 6. Not all are western states, either. North Carolina and Florida each have one.

Experts say the current fire behavior more resembles what’s seen in August, not June. This persistent fire activity has led to a rash of land closures.

Nowhere has been hit as hard as Arizona. Coconino and Kaibab national forests are closed as of 8 a.m. June 23, the Apache-Sitgreaves National Forests are closed to visitors as of June 24. Prescott National Forest will close this week as well, starting at 8 a.m. June 25. All state land is also closed, as is half of the Arizona Trail. The restrictions are expected to last several weeks.

Other states have started closing fire-affected public lands as well. Portions of Custer Gallatin National Forest System lands near Red Lodge, Montana are closed as is Sylvan Lake State Park in Colorado, where the Sylvan Fire has burned more than 3,700 acres as of the time of writing. With ongoing, severe drought conditions throughout the west, hikers should expect more closures throughout the season.

Always check access and fire restrictions as part of your trip planning. On average, 87 percent of all wildfires are human-caused. You know what Smokey Bear said.