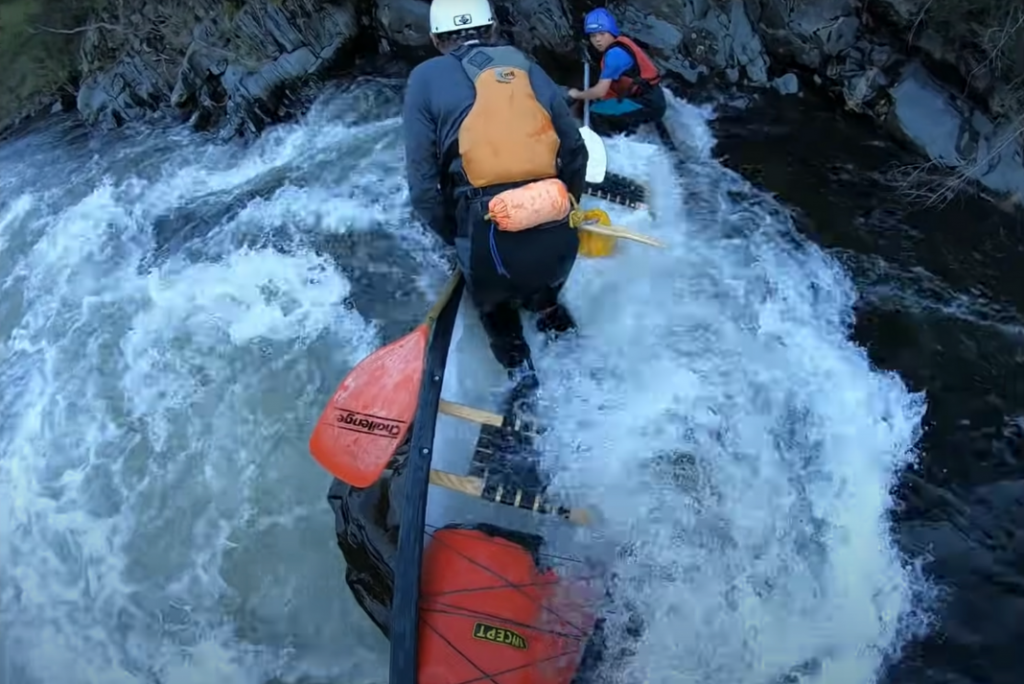 As proven by the undying popularity of horror movies, we humans often get an odd thrill out of watching terrifying events—it’s how we’re wired. Especially when those incidents are relatable and close-to-home.

These videos also serve as a learning opportunity. Unlike Hollywood horror, the dangers of water are real. Watching rescues allows us the chance to stop and reevaluate our own safety tool kit. Do we have appropriate training and equipment? Would we have done anything differently? How could that situation have been avoided?

10. Canoe Pinned Sideways With Father And Son Inside

An experienced canoeist was out tandem paddling with his nine-year-old son on a local class 2 section of river, when things took a sudden unexpected turn. Quite literally.
Watch the video »

9. Kayaker Trapped In A Strainer On The Cheoah River

A kayaker became trapped in a strainer (a dangerous fallen or low hanging tree) and held on for survival, while her safety team got to work.
Watch the video »

A music teacher from B.C. noticed a fellow kayaker had capsized and become stranded. As she approached him, she learned he was close to hypothermic. What happened next was paramount to his survival.
Watch the video »

When two tandem canoeists entered one of the Petewawa River’s more challenging rapids, they didn’t expect they would be stuck in that same rapid for three hours.
Watch the video »

The inexperienced rafters were using a rented raft, missed a turn and passed several other signs warning them not to proceed.
Watch the video »

5. Dane Jackson Rescues A Kayaker Stuck In A Cave

Dane Jackson discovered a kayaker stuck in a cave behind a powerful waterfall. What he did next, well, it certainly wasn’t by-the-book. We can guarantee you’ve not seen a rescue like this one before.
Watch the video »

When navigating technical whitewater, one wrong line can have devastating consequences. Luckily for this U.K. paddler, his crew was ready and equipped to extract him from his vertical pin quickly and efficiently.
Watch the video »

This paddler was caught in an unlikely undercut that became a hazard at low water. Her team managed to extract her in 3.5 minutes. Read the full incident report on American Whitewater here.
Watch the video »

2. Kayaker Saved After Swimming Over A 60-Foot Waterfall

Two experienced kayakers set out to paddle a 20-foot waterfall that leads into a 60-foot waterfall. One kayaker swam on the first drop and found himself clinging to a wall in the water, just above the second massive waterfall. In this tense rescue, there was no room for error.
Watch the video »