When it comes to mountainside activities, Colorado has always been spoiled for choice. But in addition to skiing, biking, and hiking the various peaks that dot the state, one iconic way to experience these mountains actually requires little by way of physical exertion: riding the The Broadmoor Manitou and Pikes Peak Cog Railway in Manitou Springs.

First installed in 1891 by Simmons Beautyrest mattress inventor Zalmon Simmons, who found the experience of getting up the mountain on mule-back entirely uncivilized, this historic attraction that climbs to 14,115 feet (the highest railway in the country) was shuttered in 2017 following an infrastructure evaluation. At first, it wasn’t clear whether its current owners would bring it back to life or permanently close the train. But with its unique legacy—the highest cog railway in the world, and views that inspired the song “America The Beautiful”—the decision to invest in its renovation and modernization was a no-brainer. So in May 2021, after $100 million and three years, The Broadmoor Manitou and Pikes Peak Cog Railway is back, and it’s truly better than ever.

A hundred million dollars can get you a lot of things—including jokes from the conductor that he’s now the oldest part of the train—because every inch of the experience, including the depot and the upcoming visitor center in the summit, was rebuilt, upgraded, or changed. The main depot retains its original 19th-century mining town aesthetic with a fresh coat of bright blue paint, but a second train platform, an overhead walkway, and remodeled bathrooms and gift shop are now part of the depot, too. 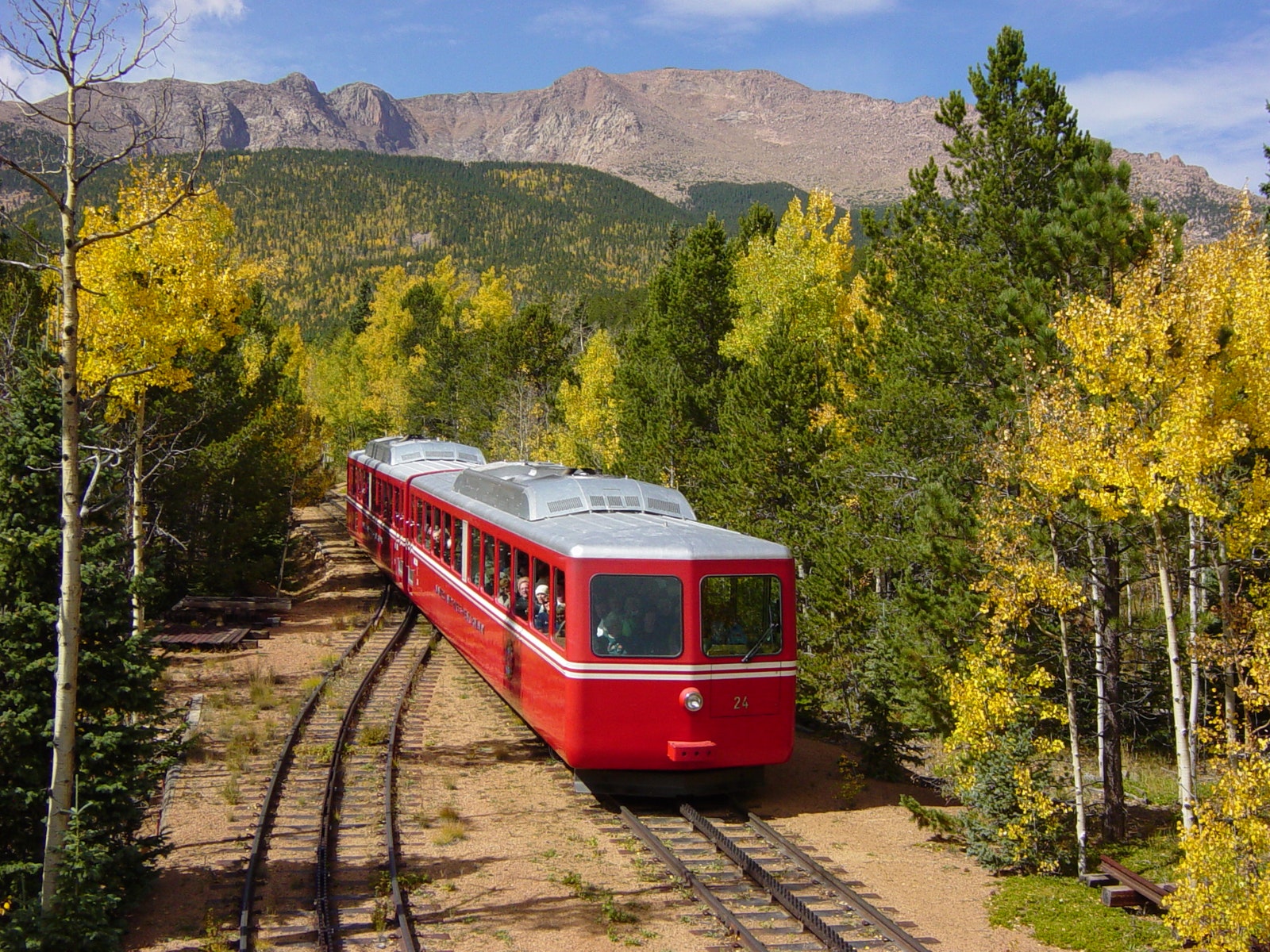 The world’s highest cog railway is back, and moving better than ever.

In 2019, tracks were ripped out of the earth and relaid. Previously, the trains ran on two cog rails; this brand-new system features a single steel cog rail that’s thicker than the older ones combined, which elevates overall performance and safety. The ride was always safe, but based on the way the trains looked in their run-down glory, most locals who took the nine-mile ride before 2018 will likely tell you that they weren’t exactly convinced they would make it up the mountain. Not to mention, passengers were still sitting on wood benches.

Today, the four refurbished trains and three new, 214-feet-long aluminum trains purchased from Stadler (the world’s only manufacturer of cog railway equipment) are not only outfitted with upholstered, cushioned seating, they are also speeding up to Pikes Peak like never before. Toward the end of its upward journey, when the incline is at its sharpest, these vibrant red trains are charging at nearly 10 miles an hour.