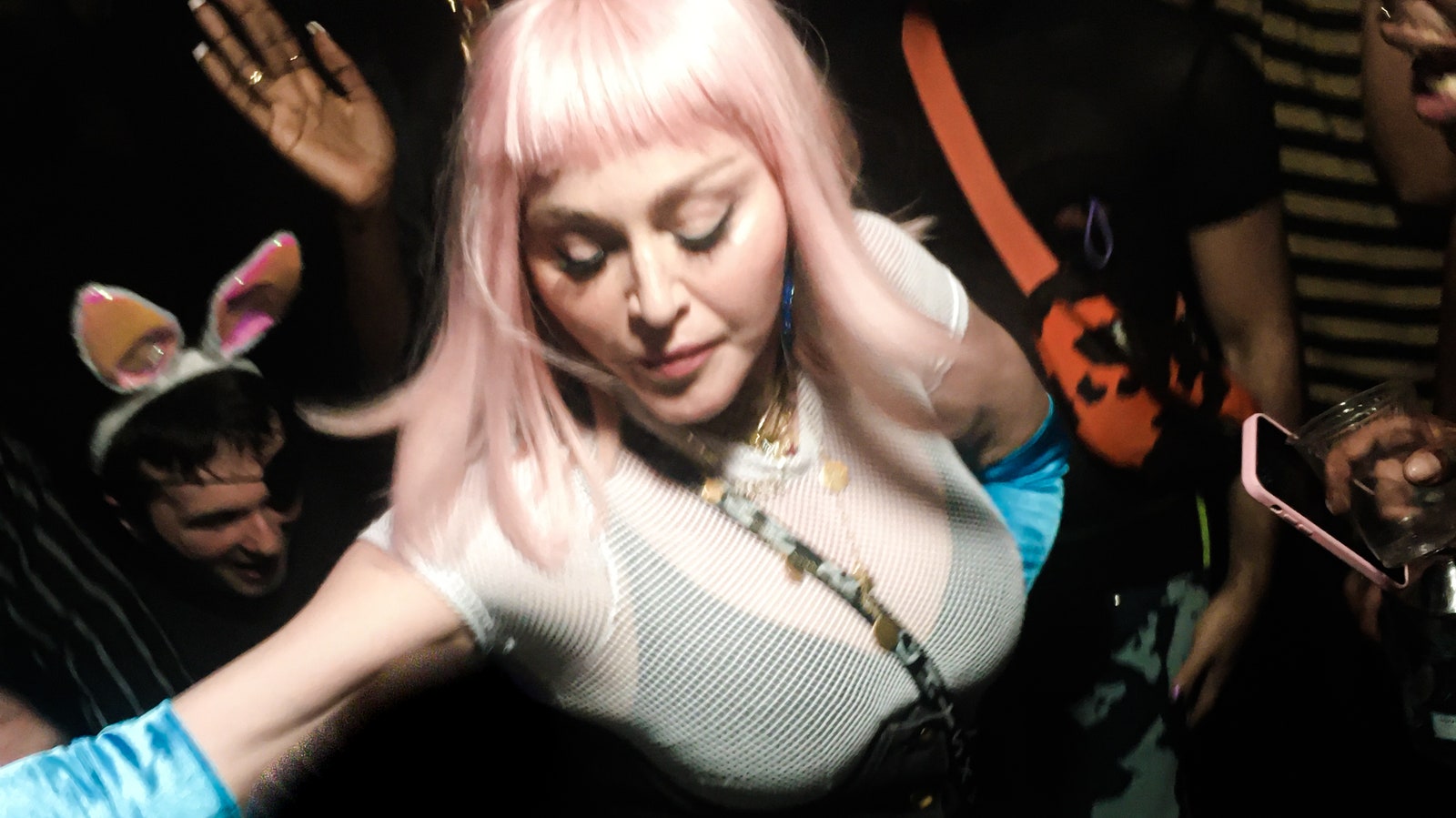 Thanks to Madonna, New York Nightlife Is Back

Any question about how badly New Yorkers needed a good party was certainly answered by the hoards of people waiting outside on the cobblestone streets of the Meatpacking District last night. Rejection at the door was frequent and discouraging. Entrance to the festivities upstairs was slim to none. Yet, the chance of seeing Madonna perform within the dazzling walls of the Top of the Standard kept people desperately hopeful.

Orchestrated by Geordon Nicol of the Misshapes and the Corey Tuttle of The Standard, the festivities encased in that signature golden glow of the Boom Boom Room were something everyone to be a part of. Downtown divas shared tables with Uptown darlings. Stylists, artists, and models flaunted their latex looks. A flurry of flashing lights illuminated the faces of Amanda Lepore, Aquaria, Emily Ratajkowski, and more. Powering the room’s energy were beats by Kaytranada, Honey Dijon, Misshapes, and Eli Escobar. With the return of parties, so came tight-nit, shoulder to shoulder crowds. The euphoria of being back, partying like there’s no tomorrow, bound attendees together like a big, glittering family.

“I think it says a lot about what we do and how we do it,” Nicol told Vogue in a stairwell (the only space in the entire venue where one could hear another properly). According to both Nicol and Tuttle, the idea for the event began over a conversation via Instagram DM. Both, obviously very familiar with the aforementioned scenes, knew that this particular party would be a beacon towards a new age of nightlife. “We carefully curated the guest list to those who were here to have a good time, show creativity, and spread love,” Tuttle added. Nicol and Tuttle’s new generation of the guest list worked in tandem with the debut of an original three-piece ’90s underground culture multimedia art installation created by Madonna, Ricardo Homes, and Sasha Kasuiha.

At around 1:30 AM, the lights in the room shifted to the stage and a sea of cellphone screens took to the air. A remix of Madonna’s iconic “Vogue” began playing and featured voguing performances by some of the most influential ballroom house leaders atop the circular bar and throughout the room. When Madonna finally came on, people lost it. Cheering, screaming, and clapping echoed throughout. It seemed that every other party hosted in the past and potentially the future would always pale in comparison. Sporting electric blue hair, a vintage Jean Paul Gaultier denim corset, and mesh tee, the icon treated attendees to an electrifying performance of her hits “Hung Up” and “I Don’t Search I Find.”

But, of course, fun wasn’t the only thing on the night’s agenda. In celebration of Pride month, Madonna auctioned off three new original polaroids that were shot by Gomes at her Home in New York. With the help of Zachary Quinto, the duo raised over $100,000 for The Ali Forney Center and Haus of Us. Though the party might’ve ended (surely nearing the sunrise), the Boom Boom Room is continuing the charity with a 4-day silent auction which includes three new additional polaroids and an item list that consists of Nicol’s brand favorites like Supreme, Moschino, Louis Vuitton, and More. The phrase “party of the year” is often overused. Yet, it seems to be the most accurate way to describe the night.