The U.S. Supreme Court on Monday declined to hear a case challenging Indiana’s vote-by-mail restrictions, meaning a federal district court will now decide the future of absentee voting in the state.

Plaintiffs in the case argued that Indiana’s age restriction for absentee voters infringes upon the constitutional right to participate in the polls. It is one of 11 restrictions that define who can and who can’t vote by mail.

The state’s election commission waived those requirements during last year’s primary elections because it recognized that the pandemic hindered safety at the voting booth. Plaintiffs tried to get a judge in federal Southern District court to require that the commission extend that allowance to the November presidential elections, but the judge declined their request.

So did the Seventh Circuit Court of Appeals when judges there heard the case in the fall. “The court recognizes the difficulties that might accompany in-person voting during this time,” Seventh Circuit Judge Michael Stephen Kanne wrote. “But Indiana’s absentee-voting laws are not to blame. It’s the pandemic, not the State, that might affect Plaintiffs’ determination to cast a ballot.” 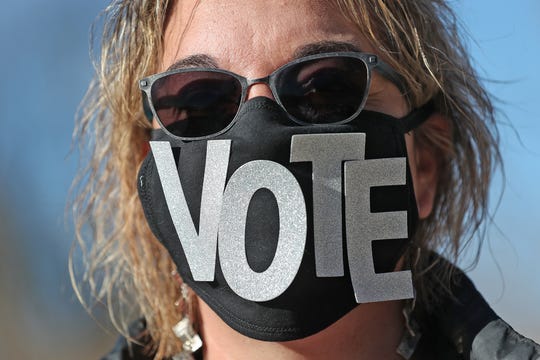 “By letting stand a lower court’s decision, the U.S. Supreme Court today rightly allowed Indiana to limit the privilege of mail-in absentee ballots to Hoosiers 65 and older (among other categories of voters),” Rokita wrote. “States have the authority to set their own election policies so long as they are constitutional.”

Indiana Vote By Mail, a nonprofit that was one of thirteen plaintiffs in the lawsuit, said Tuesday the plaintiffs were “gravely disappointed” by the news.

“Indiana’s response to our petition provided no justification for Indiana’s arbitrary age-based excuse for receiving an absentee ballot,” the nonprofit said in a prepared statement. “Nor are the State of Indiana or Indiana voters served in any way by applying this age-based test to voters who wish to vote at home.”

Now the legal battle will be remitted back to the Southern District court where it started.

Call IndyStar courts reporter Johnny Magdaleno at 317-273-3188 or email him at jmagdaleno@gannett.com. Follow him on Twitter @IndyStarJohnny.