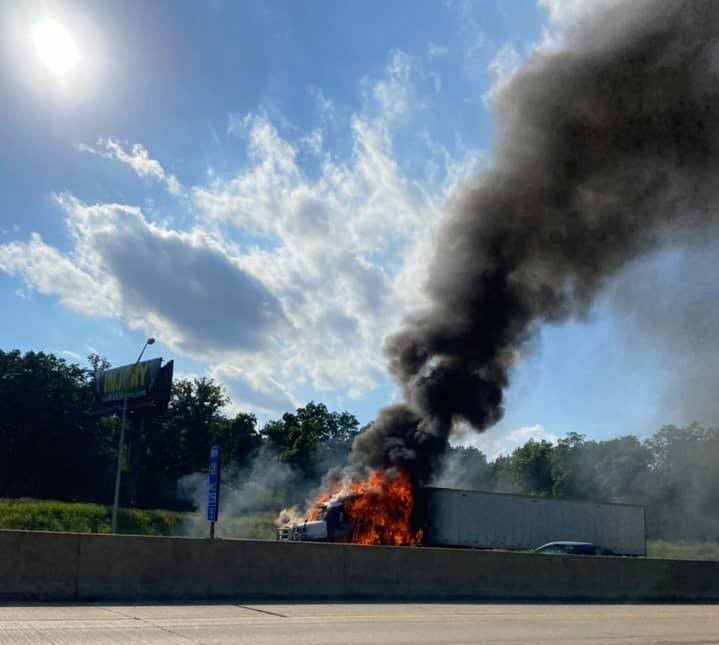 MERRILLVILLE — A large semitrailer fire has closed down a ramp on Interstate 65 Saturday afternoon, police said.

Around 5:30 p.m. police responded to the vehicle fire in the I-65 southbound lane heading to the 61st Avenue ramp, said Indiana State Police.

The semi had caught fire and firefighters were dispatched to battle the blaze. All occupants were able to get out of the vehicle and no one was harmed.

Police said drivers should expect an extended closure for the southbound I-65 to 61st Avenue ramp. HAZMAT crews were called to clean up the scene of the fire.

Traffic was moving slowly along the left lane, and drivers should expect extended delays or avoid the area.