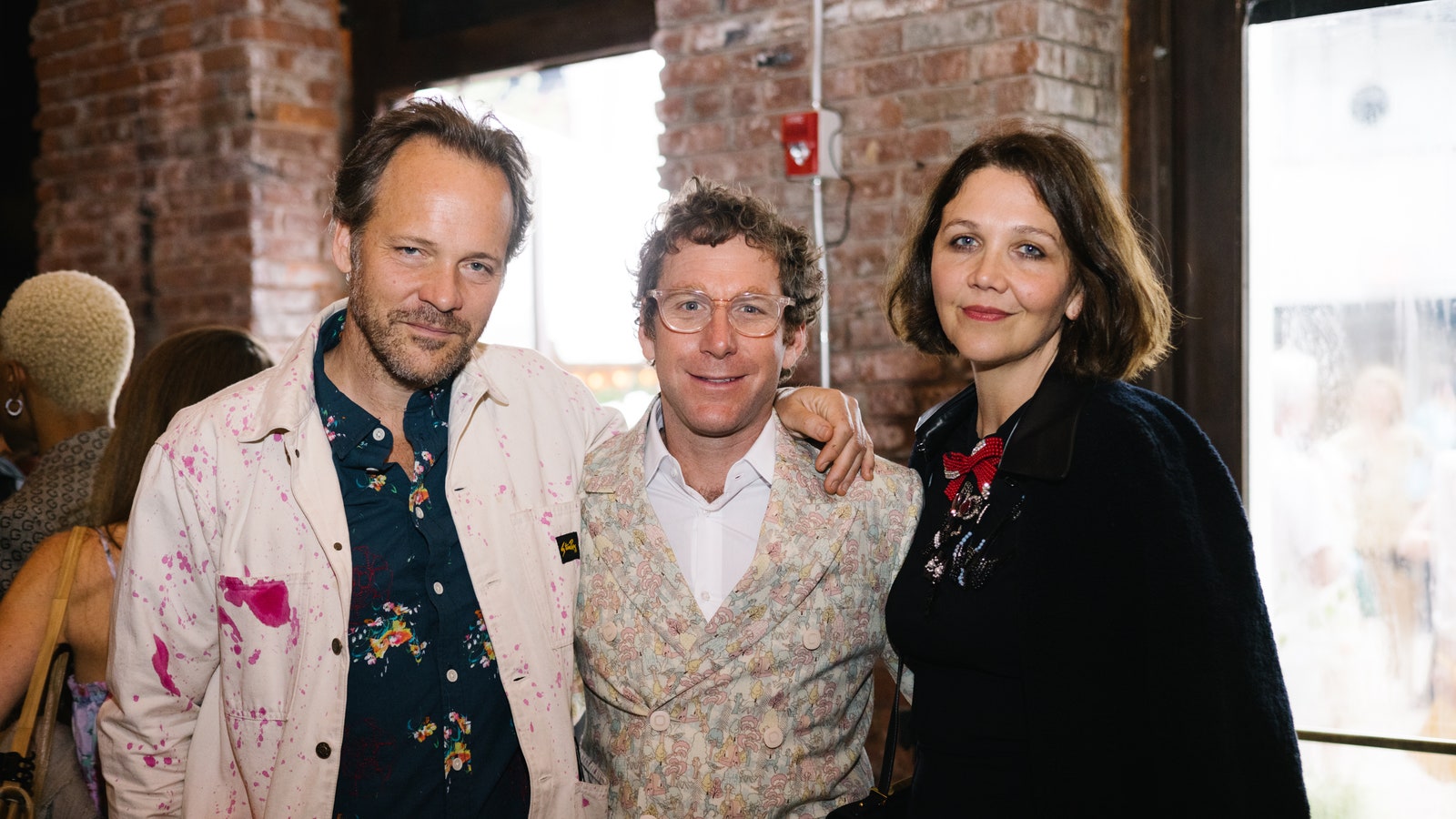 As guests arrived, the energy inside the colossal brick structure throbbed. Tygapaw turned tracks as movie stars, activists, auteurs, and academics sucked down spicy oysters and sipped on rhubarb cocktails. Through the garden, Maggie Gyllenhaal strolled arm-in-arm with her husband, Peter Sarsgaard. The Hollywood royals chatted up Darren Aronofsky, whose silk scarf danced in the gentle breeze. Now far away, Gabriela Hearst, who released her first collection for Chloé earlier this spring, shone in an ivory coat. While relishing the thrill of an in-person gathering, everyone acknowledged the awkwardness of easing back into that long forbidden pleasure. (“Do we shake hands?” “Can we hug?”)

Incandescent in electric orange, Chevremont stood next to Thomas as they surveyed the buzzy crowd. “This show was over two years in the making,” Thomas said with obvious elation. “We had time to really research the artists and think about what we wanted to create here.”

The artists’ only instruction was to “go big” and the talented trio obliged. Simmon’s tower of ceramic orbs almost touched the (very high) ceiling. Uddoh created a disorienting multimedia environment in which her film, Black Poirot, played on three identical screens. The final and most hotly discussed installation was Deville’s The Observatory, a chicken wire frame outline of the United States Capitol Building. Remarkably, the work was conceived before the January 6th Insurrection.

“I have emails to prove it,” Deville joked of the chilling coincidence. “I’m still reeling from it, but I’m not breaking my brain. As artists, we have no control over what happens after we produce a piece.”

Deville’s prophetic work doubled as a stage for Grammy-winner Meshell Ndegeocello. After the performance, attendees drifted outside to where tables were set with candles and wildflowers. Kia Damon, Chopped winner and former chef at Chinatown’s “Lalito” restaurant, prepared a summer banquet. Lamb, roasted in the garden, followed a salad of locally sourced greens. Fittingly for one of the first parties since the pandemic, the meal evoked an Easter supper. Afterward, a dance party kicked off inside. After a year and a half of struggle and isolation, there was much to celebrate.