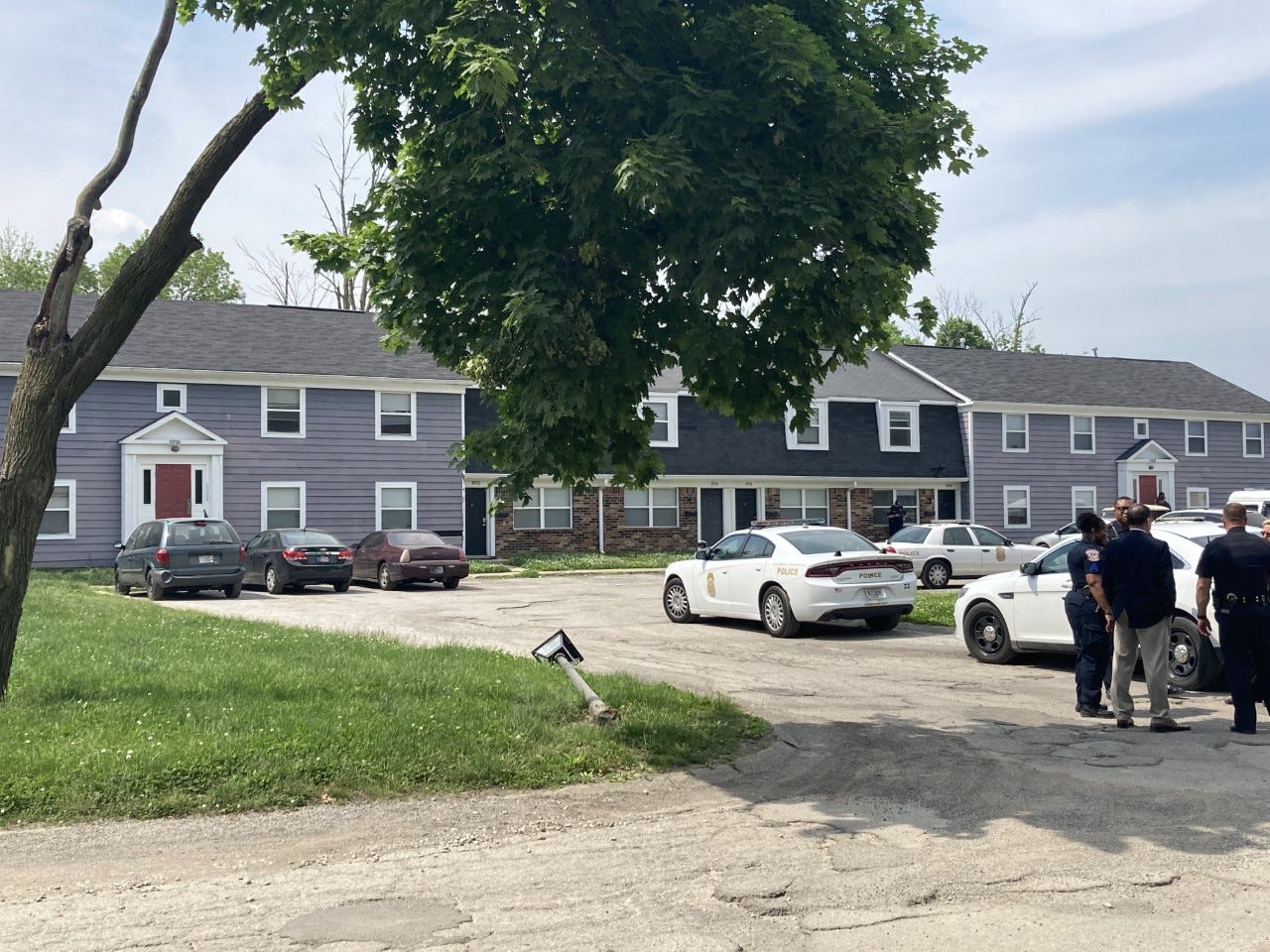 Man shot, killed in apartment on far east side of Indianapolis, police say

Man shot, killed in apartment on far east side of Indianapolis, police say

Officers found the person Monday afternoon in the 10000 block of Governours Lane.

Indianapolis police are investigating after a man was shot and killed in an apartment on the far east side Monday afternoon.

Officials with the Indianapolis Metropolitan Police Department said officers received reports of a person shot after 2:30 p.m. at Spanish Oaks Apartments in the 10000 block of Governours Lane.

Police found a man dead with a gunshot wound inside an apartment.

IMPD Officer William Young said investigators believe the shooting is an isolated incident following a “disturbance,” and are unsure whether other tenants were inside the apartment at the time of the shooting.

Homicide detectives and the Marion County Coroner’s Office responded to the scene.

A man is dead after a shooting at Spanish Oaks Apartments on Monday, May 24.

Investigators were speaking with a person of interest in the shooting as of 4 p.m. Monday, but Young said police are not yet labeling that person a suspect.

Monday’s shooting brings the number of homicides in Indianapolis so far this year to 102.

“We’re concerned. It’s heart-wrenching,” Young said. “People have got to understand how to resolve conflict resolution without picking up a firearm.”