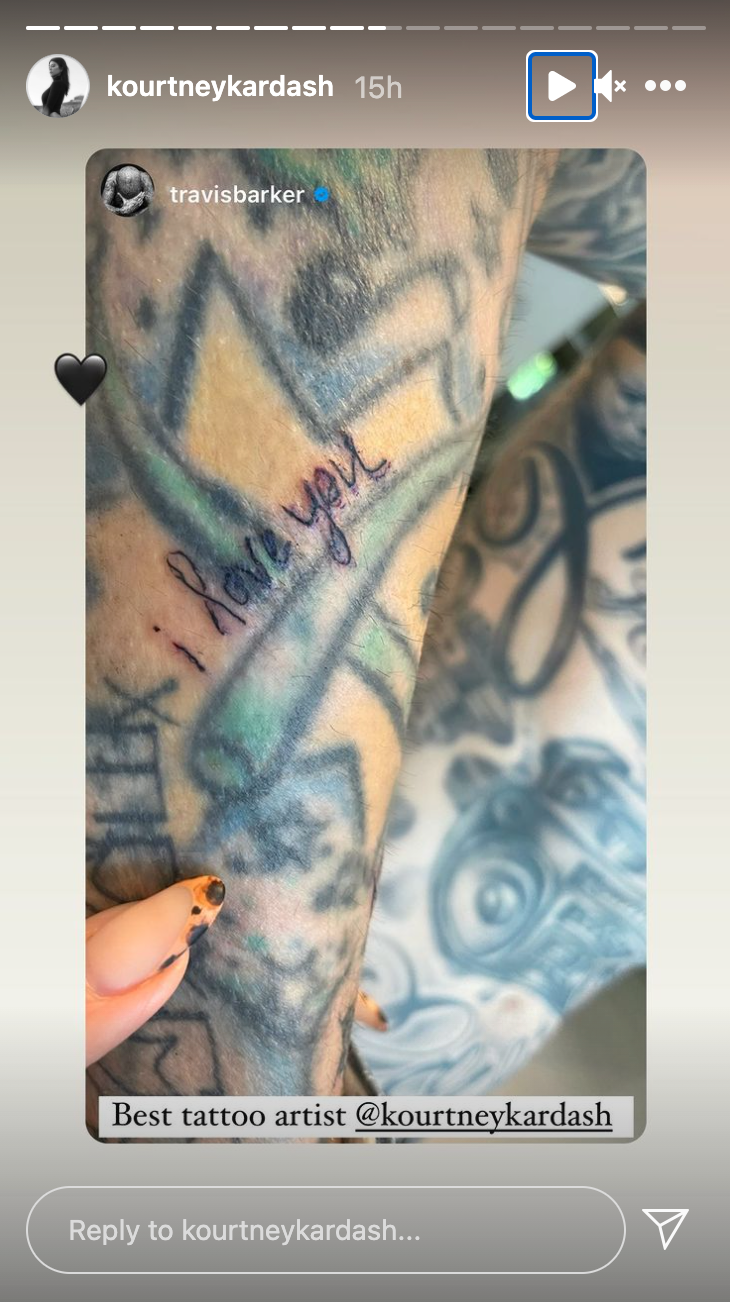 Kourtney Kardashian is a reality star, the founder of Poosh, a mom, and now a tattoo artist, apparently. Kardashian posted a video with her boyfriend, Travis Barker, on Instagram May 12—which usually wouldn’t be an unusual occurrence, except for the fact she was tattooing Barker’s arm.

Kardashian, as far as we know, doesn’t have any formal training in tattooing. But Barker still trusted her to permanently mark his body. Now, that’s love. Kardashian captioned the photo, “I tattoo.” Barker commented, “? Woman of many talents.”

The finished product is “i love you,” in all lowercase cursive. Barker is covered in tattoos, so Kardashian tattooed him over ink he already had on his arm. He apparently approved because he called her the “best tattoo artist” when he uploaded the photos to his Instagram Stories. Kardashian shared the photo on hers as well, adding a black heart.

In case there was any confusion, Kourtney Kardashian and Travis Barker’s relationship is definitely serious. He already has “Kourtney” tattooed on his body, and now her love for him is permanently marked on his body, as well.

“Kourtney and Travis have had a platonic relationship for years, and they’ve been friends and family friends for a very long time, but recently something sparked and their relationship has turned romantic,” a source told Entertainment Tonight in February when they confirmed their relationship on Instagram. “They live on the same block and things are super easy between them because they know each other so well and just click and get one another.”

Barker isn’t shy about how much he cares for the reality star. “I’m spending time with a woman who’s a great mom, who’s a great friend and you don’t have to worry about any of those things,” he said during a virtual appearance on The Drew Barrymore Show in March. “It just comes natural, it’s like a maturity thing.”