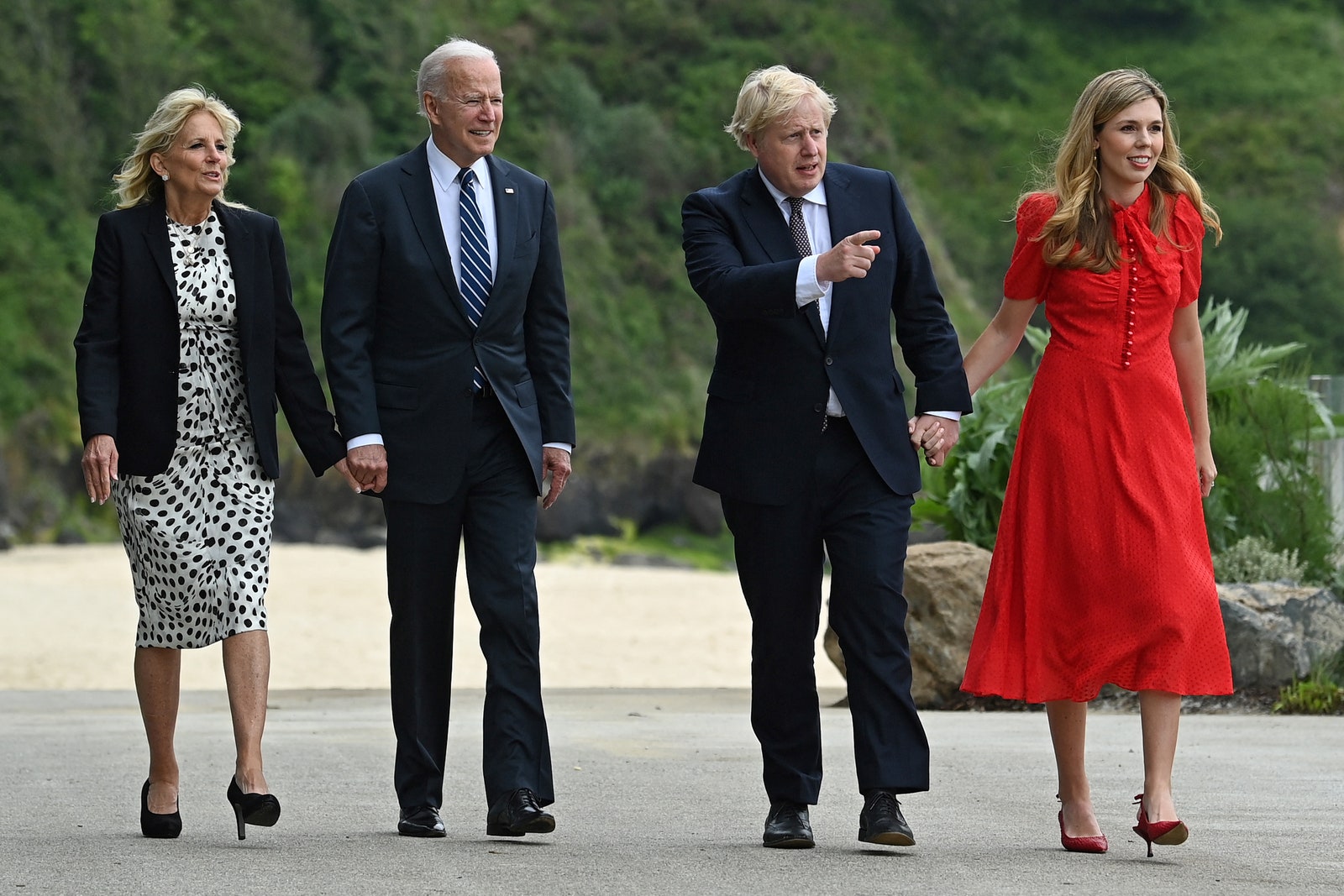 Jill Biden Explains Why She Wore a ‘Love’ Jacket During Her Trip to the U.K.

On June 10, in the picturesque fishing town of St. Ives in Cornwall, U.K., a host of world leaders from around the globe have descended in anticipation of the 47th G7 summit. After last year’s summit was canceled due to the pandemic, it is the first time the member states have convened since two years ago in Biarritz. The event also marks the first international visit conducted by President Biden and First Lady Dr. Jill Biden after he was sworn in back in January.

While this year’s packed schedule has a particular emphasis on climate change and vaccination programs, the rendezvous which has attracted the most scrutiny and anticipation is that between Biden and the British Prime Minister, Boris Johnson. The pair began their talks with a bilateral meeting today, reportedly discussing the opening up of travel between the U.S. and the U.K., establishing shared objectives to tackle the climate crisis, and a potential new trade agreement being dubbed the “Atlantic Charter” for a post-Brexit Britain.

Yet given this is also Dr. Jill Biden’s first trip abroad since becoming First Lady—and, of course, the fact that Johnson and his wife, Carrie Johnson (née Symonds), were married just under two weeks ago—the attention of the global media has been trained just as firmly on their partners. And before their first meeting today, the Johnsons and the Bidens took a walk along the Cornish coast, with Dr. Biden used her moment in the spotlight to send an unexpected statement through her choice of outfit.

Her polka-dot Brandon Maxwell dress might have struck an upbeat tone all of its own, but it was Biden’s blazer that did most of the talking. The First Lady may have worn her jacket from French label Zadig & Voltaire before back in 2019, but this time she added the word “love” across the back with metal studs. The look felt like a subtle riposte to Melania Trump’s infamous “I Really Don’t Care, Do U?” jacket that she controversially wore in 2018 to visit a migrant child detention centre, with Biden’s version clearly marking a new and more inclusive era for America on the world stage.

Following her coastal walk with the Johnsons, Dr. Biden took a moment to speak with gathered reporters, offering her own insights on why she chose to wear the jacket. “We’re bringing love from America,” she said. “This is a global conference, [and] we’re trying to bring unity across the globe. I think it’s needed right now, that people feel a sense of unity from all the countries and feel a sense of hope after this year of the pandemic.” Now that’s a message we can all get behind.