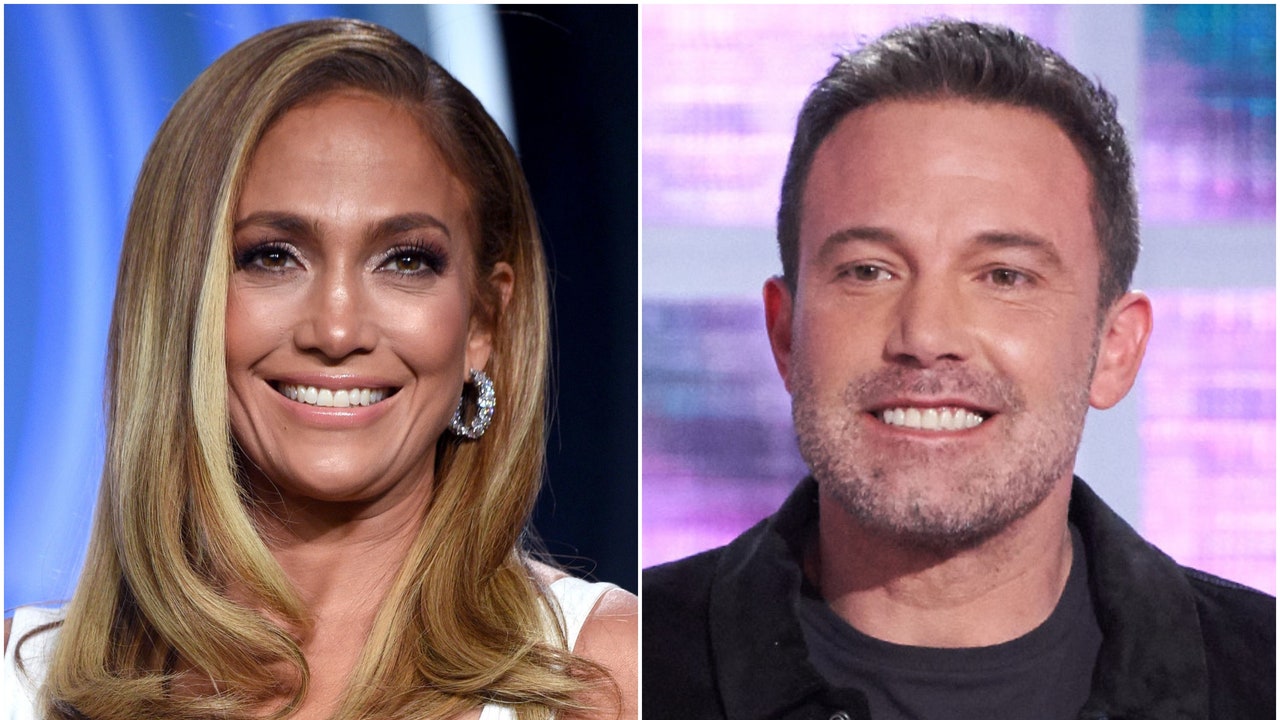 Lopez’s rep releases the following statement, per People: “Jennifer Lopez has ended her engagement to Ben Affleck. At this difficult time, we ask that you respect her privacy.”

Meanwhile, Affleck’s rep adds, “I am not going to confirm anything about his personal life. We don’t want to get dragged into quicksand. Everybody wants a war. It’s not happening from our side.”

Affleck and Lopez stay friendly (at least in recent years). He praises her work ethic to InStyle: “She has great talent, but she has also worked very hard for her success, and I’m so happy for her that she seems, at long last, to be getting the credit she deserves.”

Affleck visits Lopez at her Los Angeles home on April 30, a source tells People. “They are friends. They have always been friends and they have seen each other through the years,” another source says.

But TMZ alleges their reunion began before Lopez and ex-fiancé Alex Rodriguez’s recent breakup. Insiders tell the outlet Lopez and Affleck were emailing each other regularly, starting in early February, when she was filming Shotgun Wedding in the Dominican Republic. Allegedly, Affleck’s emails were “loving” and showed “longing” for Lopez.

Lopez and Affleck reportedly take a trip together to Montana and are spotted at a resort near Big Sky.

“She had a great time with Ben,” a source tells People about the Montana trip. “She is happy with him and enjoys spending time with him.” A separate insider reveals to People, “[Jennifer] spent several days with Ben out of town. They have a strong connection. It’s all been quick and intense, but Jennifer is happy.”

Meanwhile, a source tells E! Online, “She wants to give it a shot with Ben. They never really had closure and she has always wondered what could have been. The timing was never right and they were in different places until now.”

A source told People for a May 14 article, “[Jennifer] is in touch with Ben every day. They are making plans to see each other. Jennifer is still very excited about how things are going with Ben.”

On May 21, a source told Us Weekly that they have reunited in person in Los Angeles since their trip to Montana.

Just four days later, on May 25, a source told Entertainment Tonight the two are now in Miami together: “[Jennifer] has been telling her friends nice things about Ben, and they’re having a lot of fun together…. They feel very comfortable with each other, but are also completely smitten, and it still feels like having a new crush after all these years.” Aww!

Lopez is allegedly moving back to L.A. for a “fresh start” with Affleck, E! News reports. A source says that she’s “packing up her Miami rental” and leaving the city where she lived with ex-fiancé Alex Rodriguez. “She will be between L.A. and the Hamptons this summer, but L.A. will be her base,” the insider says. Her twins, Emme and Max, will join her, and Lopez is reportedly already looking at schools for them to attend in the fall.

Speaking of L.A., the pair have reportedly reunited in California following a brief period apart. Affleck has been in Las Vegas filming a movie. On June 9, Affleck was spotted with Jennifer Lopez’s mom, Guadalupe Rodríguez, at a casino. According to a source speaking with People, “Lupe was there to film a fun cameo.”