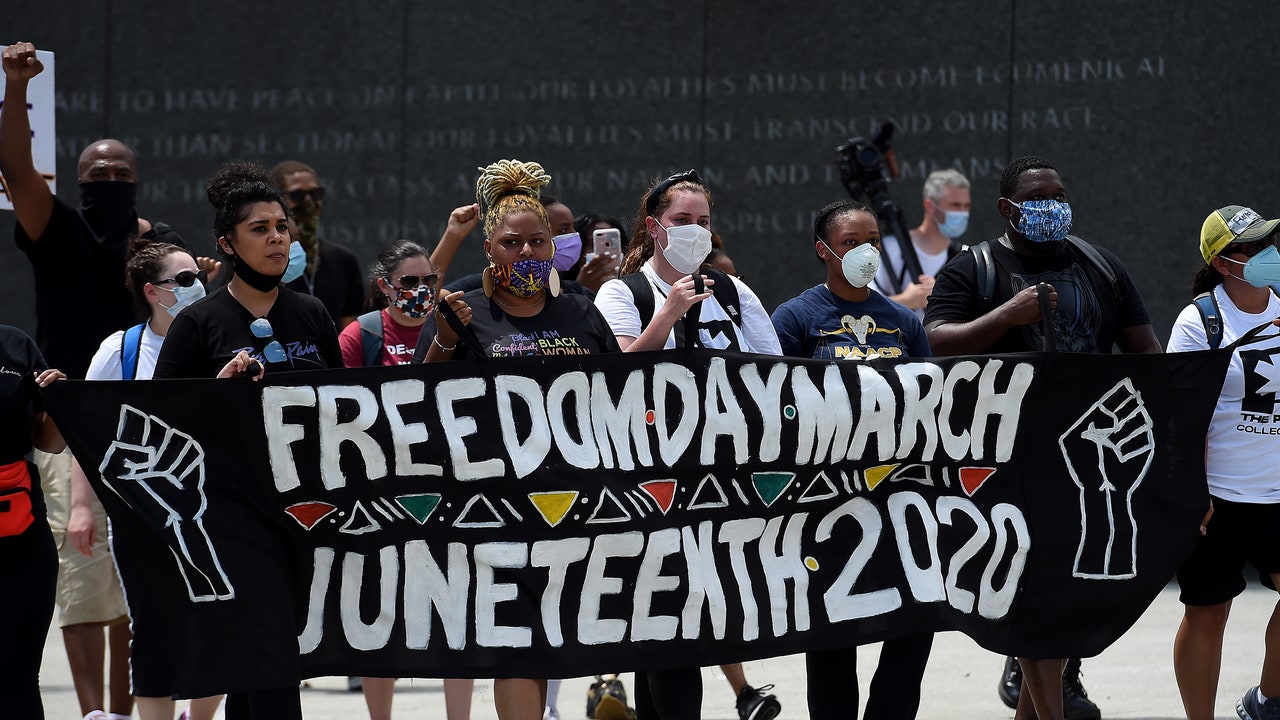 Is Juneteenth A Federal Holiday?

On Wednesday, June 16, the House of Representatives passed a bill to make Juneteenth—the June 19 commemoration of the end of slavery in the U.S.—a federal holiday, with Texas Rep. Sheila Jackson Lee stating, “I introduced this to make Juneteenth a federal holiday to commemorate the end of chattel slavery, America’s original sin, and to bring about celebration, crushing racial divide down to a point of unity.” Below, find all the details on what’s likely to happen with the bill, as well as a brief history of Juneteenth and some ideas for marking the occasion.

Will Juneteenth become a federal holiday?

That depends on what happens next with the bill, which has gone on to President Biden for signature. Biden is expected to sign the bill, but it’s unclear as of yet whether he will do so by this year’s Juneteenth celebration (which falls in just two days).

What is the history of Juneteenth?

While Juneteenth commemorates the end of slavery in the U.S., the holiday’s history is a bit more complex; Juneteenth is specifically devoted to honoring the memory of June 19, 1865, when Union troops arrived in Galveston, Texas to inform enslaved Black locals that they had officially been freed (two years after the Emancipation Proclamation had gone into effect). Ever since, Juneteenth has become a diaspora holiday for Black communities across the U.S.

How can I celebrate Juneteenth?

There are Juneteenth celebrations planned around the country, including an online and in-person festival in New York that will focus on empowerment, health and wellness, entertainment, and more. For white and non-Black individuals looking to honor the occasion by demonstrating solidarity with the ongoing fight for Black liberation in the U.S. and around the world, another option is to donate to organizations fighting for racial justice.