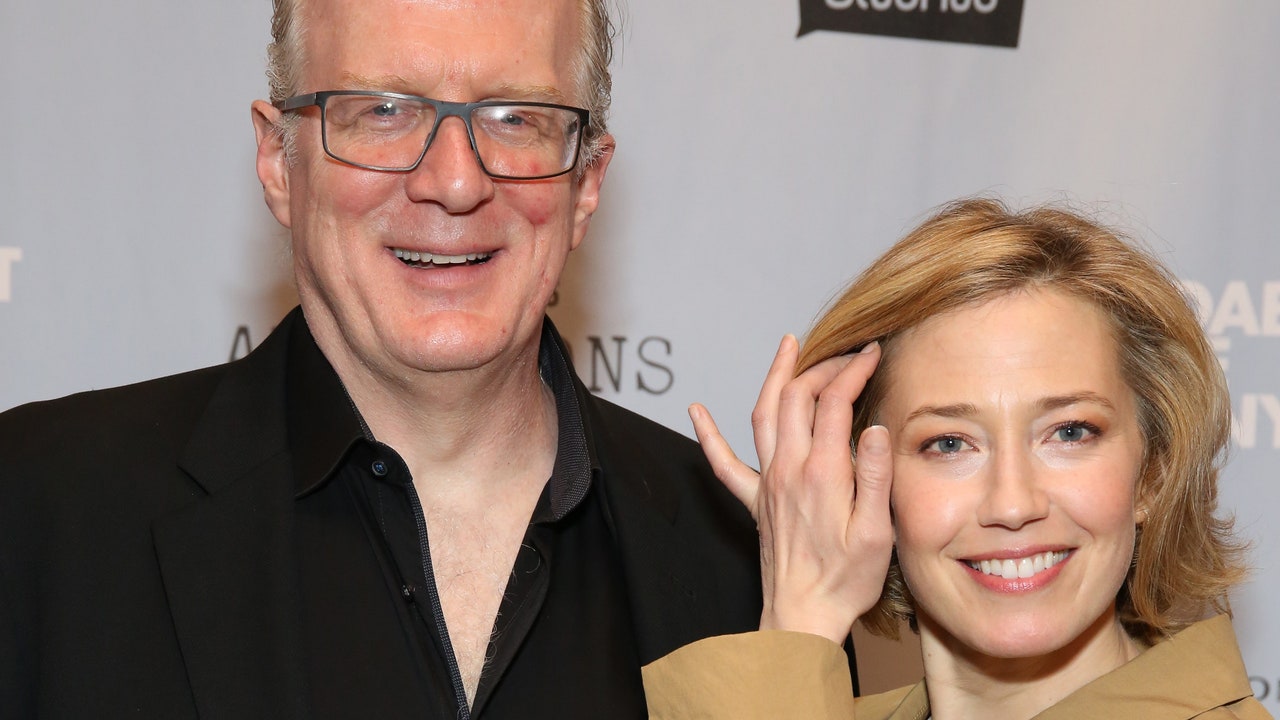 I Want What They Have: Carrie Coon and Tracy Letts

Love is a many-splendored thing, especially when you’re gawking at it from the outside. In this new column, we’ll be examining the celebrity couples that give us hope for our own romantic futures, and trying to learn what we can from their well-documented bonds.

In the annals of celebrity-couple lore, there are the pairs you want to hit the town with—your Lindsay Lohans and Samantha Ronsons (R.I.P. to two real ones), your Bennifers past and present, even your Justins and Haileys (who I still think could show you a good time, despite their comfy athleisure vibe). Then there are the celebrity couples you want to linger with over a long, intimate dinner in some tucked-away corner of Brooklyn, talking about everything from books to music to their discreetly divulged famous-person gossip. Actors Carrie Coon and Tracy Letts are firmly in the second camp, and I can honestly say that I would trade almost anything in my possession to share a meal with them.

Coon and Letts are treasured film and stage actors in their respective rights; she’s stolen scenes in everything from Gone Girl to Fargo to The Leftovers, and he’s best-known for writing plays including August: Osage County and appearing in Homeland, Lady Bird, Who’s Afraid of Virginia Woolf? and a host of other TV shows, movies, and theatrical production. Together, though, they’re so much greater than the sum of their parts. Despite the fact that they’ve only been married eight years (previously, Letts was engaged to IWWTH franchise alum Sarah Paulson), the pair gives off the vibe of having met as teenagers in drama school and spent every moment together since.

Coon and Letts’s actual courtship and nuptials were appropriately off-beat; they got married in a hospital in 2013 after meeting during production of Who’s Afraid of Virginia Woolf?. The medical wedding (so Grey’s!) came about because Letts was rushed in for emergency gall bladder surgery the day before their marriage license was set to expire, and the two didn’t want to re-register. How ridiculously low-maintenance is that? They seem like the kind of people who would text you “btw got married :)” and not even create a registry, which—now that the return of wedding mania is on the horizon as the world reopens—feels like an increasingly precious gift.

One of the sweetest-seeming aspects of Coon and Letts’s bond (from the outside, anyway; I don’t know them!) is an ability to work together, not just on Who’s Afraid of Virginia Woolf? but on several other productions, too. “There’s never trepidation about whether or not that process will be successful, because we always enjoy each other in that capacity, right?” Coon asked Letts in a January interview for Chicago magazine, to which he responded, “Oh, I much prefer when you’re at work. It makes my life better.” I plotz! What are the odds that Coon and Letts want to legally adopt a dysfunctional 27-year-old journalist?