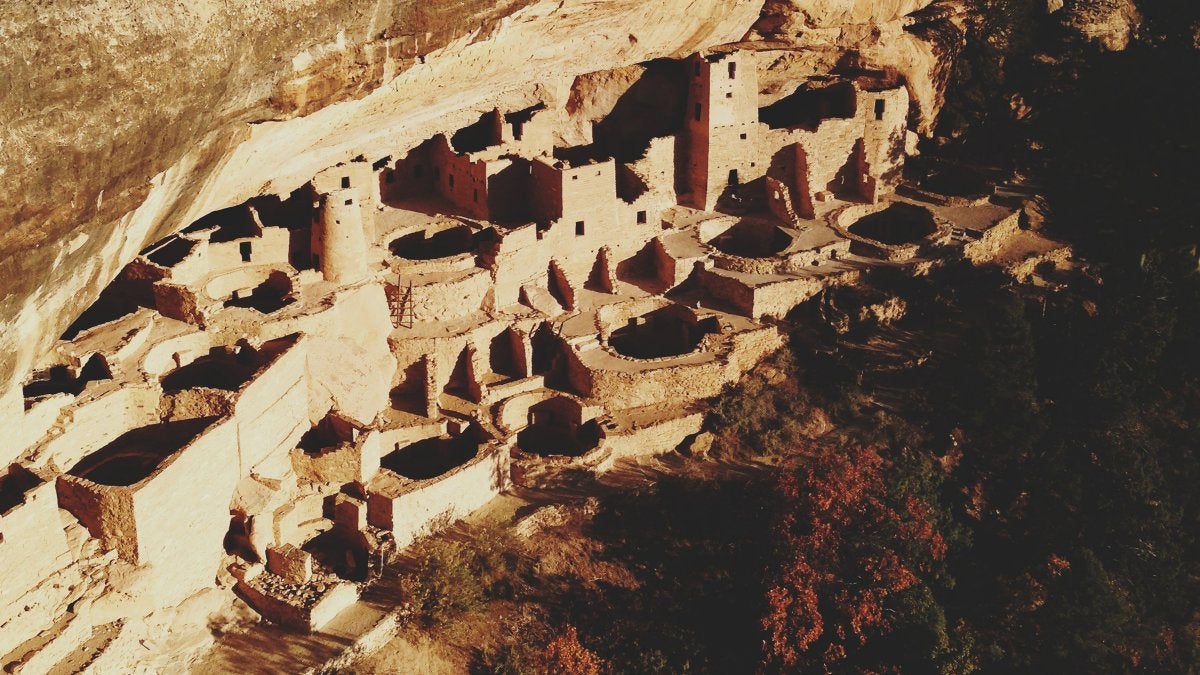 How Public Lands Healed Me During Difficult Times

This was the puzzled response I got from friends back in 2019, after I explained what must have sounded like a harebrained scheme to liberate myself from a mortgage and a full-time university teaching job. I was going to cash out my overpriced home in Flagstaff, Arizona, and buy a much cheaper one 260 miles away in Cortez, Colorado.

“But do you know anyone there?” came the inevitable follow-up question.

“No,” I replied. That seemed like a minor detail to be sorted out later.

Besides its affordability, what drew me to Cortez was the millions of acres of public lands surrounding a town of just 8,700 people. Tucked into the state’s remote southwestern corner, Cortez is flanked to the east and the north by the sprawling San Juan National Forest, to the west by the Canyons of the Ancients National Monument, and to the south by Mesa Verde National Park.

I sold my Flagstaff house in January 2020 and bought a place in Cortez in February. My plan was working out perfectly. And then, in March, the pandemic hit.

There would be no meeting new friends. I spent April isolated in my new house, unpacking and glued to Twitter. By May, I was in the grip of a suffocating panic about my decision. Perhaps I had made a terrible mistake? I ached for Flagstaff, a place I had lived for 25 years. I missed my friends and the familiar trails. I was lonelier than I had ever been in my life. So I headed into the wild, vowing to stop the digital bingeing and to make some non­human friends.

On my way out of town nearly every day last summer, I saw hordes of other people doing the same thing. Grocery store parking lots were full of out-of-state travelers. There were families in rented Cruise America RVs and young couples with back seats full of recently purchased camping gear. But we shared a common goal: to escape to the relative safety and comfort of nature. And we had more than 600 million acres of public lands to choose from, including over 24 million in Colorado, making it possible to do just that.

But what I’ve learned during the pandemic is that extended time in nature also furnishes me with a sense of belonging.

With a tattered road atlas in my truck, I ventured far up bumpy Forest Service roads to be clear of packed trails and campgrounds. I became fascinated with following the snowmelt as it transformed the San Juans into a summer paradise. I hiked ridgelines high above pulsing creeks, through wildflower-filled bogs, and in spruce fir forests where springs erupted over boulders. Scientists have shown that feeling awed by nature provides a juice-like cleanse for the brain, clearing the mind and improving our sense of well-being. The weight of loneliness started to lift. The land was proving to be a much better companion than my news feed.

As a survivor of childhood trauma, I have long been aware of how the wild calms the nervous system. But what I’ve learned during the pandemic is that extended time in nature also furnishes me with a sense of belonging.

“When you spend enough time outdoors, you feel socially connected to the earth,” says John Lynch, a guide for Colorado’s Animas Valley Institute, who’s earning his doctorate in ecopsychology and has coached clients on how to form relationships with wild places. “Our country has been through great division, so bearing witness to the functional community in nature can be especially therapeutic.” It also allows for a reassuring reality check, according to Lynch, because “nature never lies.” And while the coronavirus has produced plenty of hardship, Lynch sees the rec­ord number of people hitting the trails as an opportunity for personal and cultural transformation if we apply what we learn there to our everyday lives (in other words, more rapt strolling and less doomscrolling).

In a more enlightened post-pandemic world, our public lands should be managed to protect these intangible yet vital benefits to America’s health and emotional well-being. And it should be done in cooperation with Native communities, the original and arguably most effective stewards of the land, among whom these benefits have always been valued. And as President Biden’s pick of Native American Deb Haaland for interior secretary indicates, the new administration is eager to shift management into better hands, with the promise of improved priorities.

By last fall, I’d made a few human friends in Cortez who joined me on socially distanced hikes. But I also craved time alone in my new favorite wilderness spots: a beaver pond, a sky-high mountain pass, a steep canyon. One warm October afternoon, I hiked along the rim of an oft-visited canyon, dazzled by the cascade of electric-yellow aspens on the opposite slope. I had developed a special camaraderie with some old-growth ponderosa pines lining the trail, and on this hike I felt compelled to sniff one. I pushed my face into the copper-colored bark to see if it smelled like vanilla or cinnamon. Vanilla. The intimacy inspired me to instinctively put my arms around the ancient tree. I hugged it for a while. And I’m pretty sure it hugged me back.