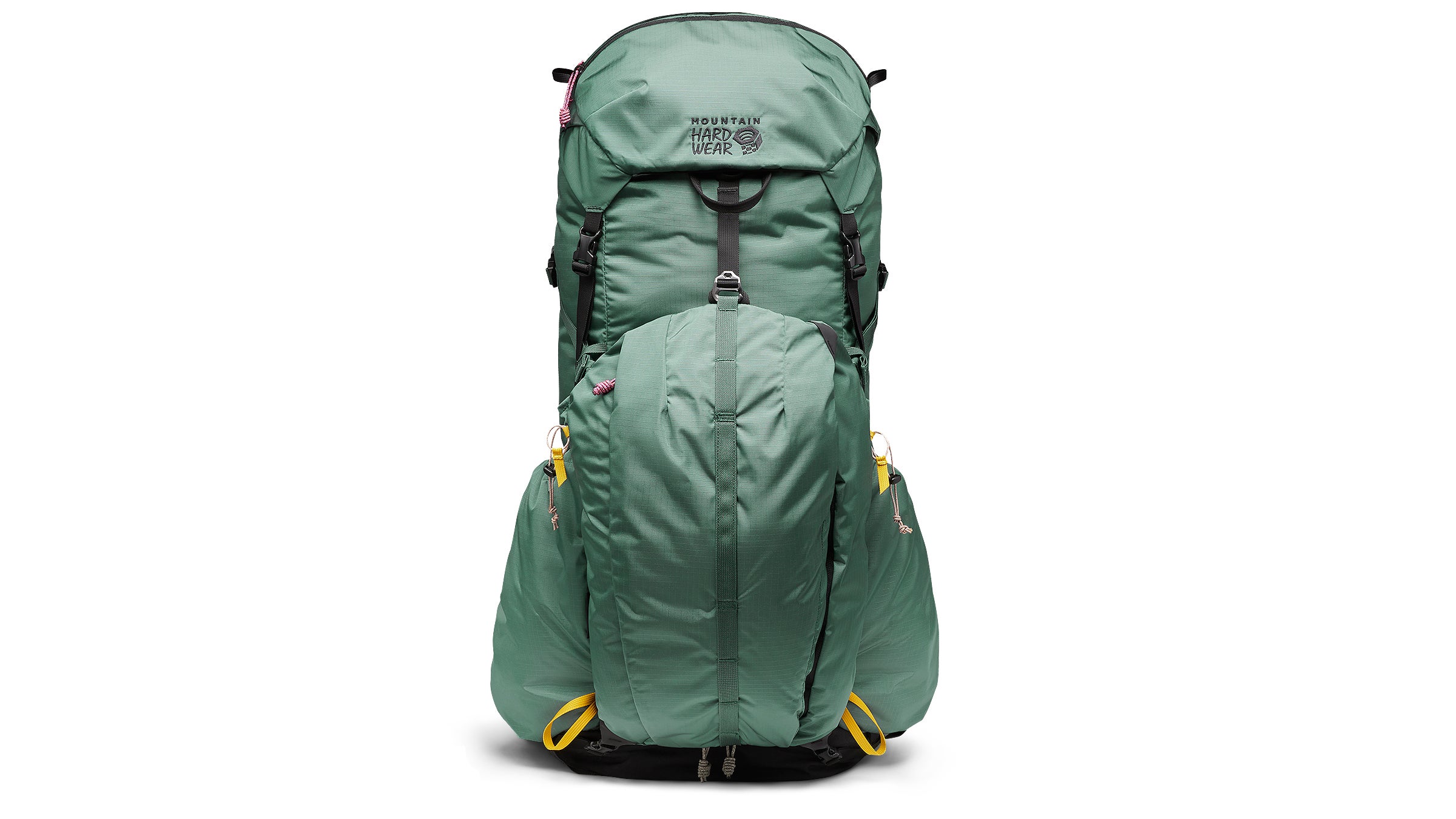 Become a member to unlock this story and receive other great benefits.

When you make a purchase through our site, we may earn a commission.

Usually, hikers have a choice: Do you want your pack to support your load and move naturally with your body at every step, or do you want to stay (relatively) sweat-free? Mountain Hardwear’s new PCT pack throws that question out the window, with a unique design that melds carrying chops with a breathable trampoline backpanel.. Curious to see if the performance matched the marketing materials, we took it into the mountains around Jackson, Wyoming for an initial test.

First, it helps to understand what makes the PCT stand out. Pivoting hipbelts—which allow the pack’s load-bearing point to move with your body, so you don’t “fight” against the weight as you walk—and airy trampoline backpanels are now relatively standard on high-end packs (although far from universal, especially on budget models). Packmakers have historically prioritized one over the other, as the two elements have opposing design requirements. With the PCT, though, Mountain Hardwear’s designers created a system to tether the hipbelt to the pack at four points with webbing (two on the bottom corners of the pack and two on the top of the hipbelt), which allows for plenty of articulation.

On our first outing, a 13-mile march in Grand Teton National Park, we loaded the PCT up with 50 pounds of gear and headed up Death Canyon, a rolling trail up towards the Teton crest. The pack proved its worth quickly, feeling sturdy and comfortable as we navigated over and around deadfall and traversed early season snow. Thanks to the hipbelt design, our load remained centered and the PCT moved with us no matter how we stepped. With minimal pack sway, we finished the hike in comfort.

The next hikes—two laps grunting up Jackson’s local ski hill, Snow King, and a 15-mile adventure in the Gros Ventre Range—confirmed the PCT’s ability to handle 50-pound loads without restricting movement or leaving our shoulders sore. (It even felt comfortable as we nearly crawled uphill on Snow King.) We also confirmed the backpanel’s breathability: With May temperatures in the 70s, our backs didn’t overheat too much. While this isn’t the most breathable pack on the market, we definitely give it a passing grade.

We tested the 55-liter men’s version; the PCT also comes in a 70-liter men’s version, as well as 50-liter and 65-liter women’s versions. Most of the pack’s fabric is fully recycled 200-denier ripstop nylon, the bottom is 420-denier Cordura, and the entire thing is coated with PFC-free DWR. We predict that the PCT will hold up well, which is good: we plan on testing it a lot more this summer.