Is hell freezing over right now? It seems so, because Ferrari is definitely going to make an all-electric car, and it will be unveiled in 2025.

Previous CEO Louis Camilleri said in 2019 Ferrari wouldn’t launch an electric car until after 2025, primarily because of issues around range and recharging times. These concerns have either been allayed or cast aside. Ferrari’s first all-electric model will no doubt cause a ruckus among enthusiasts longing for the sound and emotion of a traditional V8 or V12 engine.

It’s not clear what form the first electric Ferrari will take, but there are hints it will be a performance model rather than something more practical.

“You can be sure this will be everything you dream the engineers and designers at Maranello can imagine for such a landmark in our history,” Mr Elkann wrote in this year’s report, raising hopes the Ferrari EV will be in the hypercar class.

The EV will form a core part of Ferrari’s “highly disciplined” electrification strategy, which started with motorsport-like hybrid systems to improve performance and reduce carbon emissions, and recently progressed to the plug-in hybrid SF90 range. 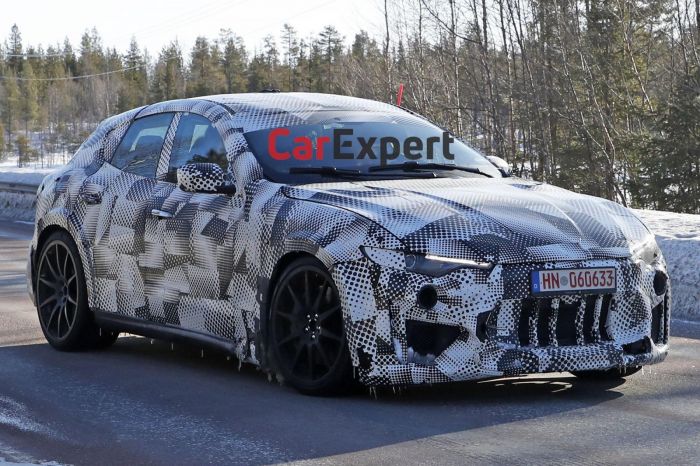 The next few years will see a number of dramatic changes in Ferrari’s lineup, the most obvious of which will be the Purosangue. It will be the automaker’s first-ever crossover, as well as its first series production vehicle with more than two passenger doors.

While this break with its sporting roots will be hard for fans to swallow, Porsche and Lamborghini have proven such vehicles don’t tarnish a performance marque’s luster too much and can turbocharge profits.

Elsewhere in its annual report, Ferrari said it sold 9119 cars in 2020, down around 10 percent from its 2019 figure. The Maranello firm made a healthy profit of €534 million ($834 million). While this is a marked decrease of 23.5 percent from 2019, a lot of this is attributed to tax and accounting changes in Italy.