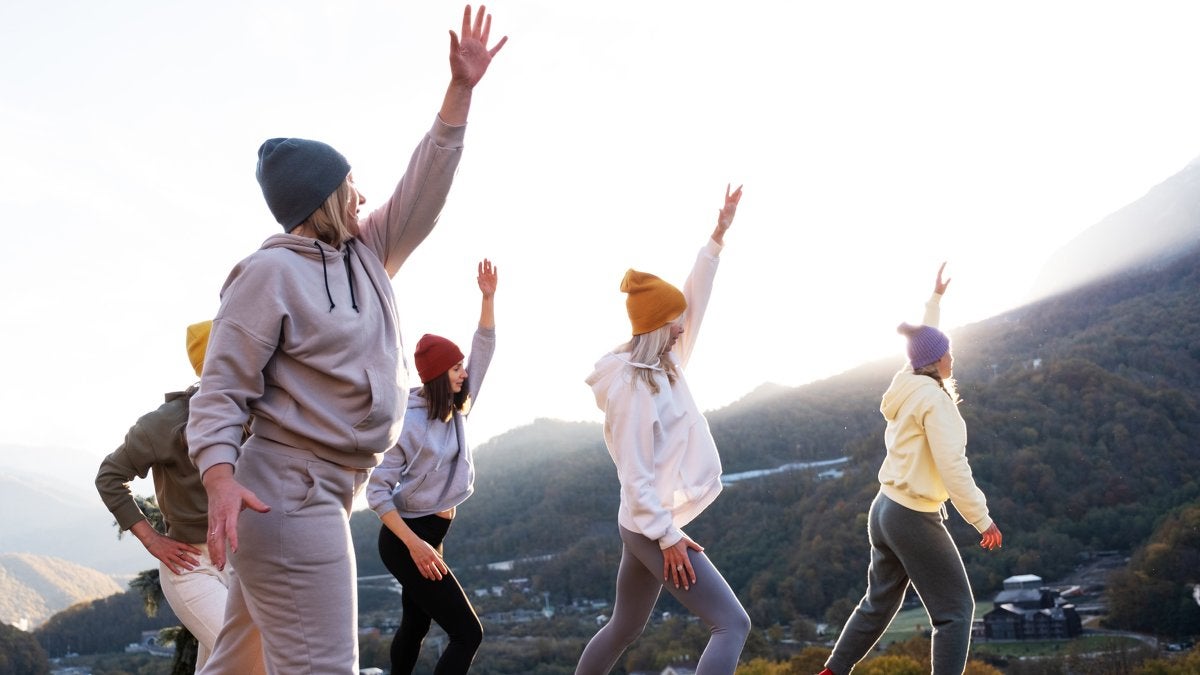 Often, messages that pose as health promoting are actually the opposite. There are obvious examples, like the doctor pushing an all-meat diet, or the celebrity wellness influencer telling the world that voluntarily getting stung by bees will reduce inflammation. But the more dangerous messaging is subtler, more insidious, and widespread: that fat bodies are inherently unhealthy.

In a recent New York Times article, health columnist Jane Brody points out that Americans have been hit harder by COVID than most other countries, then blames this on our personal health habits, namely diet and exercise. She spends most of the column raising alarm bells about quarantine weight gain, high-calorie foods, and fatness in general.

In doing so, she’s not promoting healthier habits. The truth is, health and weight are not nearly as entwined as we think they are. (Not to mention there’s far more to America’s COVID crisis than personal health; limited access to health care, systemic discrimination and inequality, and the politicization of the virus have all played huge roles.) Overemphasizing weight loss is stigmatizing and can actually be detrimental to individual health. Here’s why we need to rethink this kind of messaging.

“Fat” Does Not Mean “Unhealthy”

Brody talks of the many people in her life who have “packed on quite a few pounds of health-robbing body fat this past year.” This is an undeniably stigmatizing statement, and it also makes a major assumption that happens to be false: that gaining weight, or being naturally bigger-bodied, is inherently unhealthy. (As a journalist, I’m constantly irritated that other journalists can write things like this without citing a shred of evidence, whereas I have to add an entire paragraph with several citations every time I suggest that weight loss isn’t always a helpful or realistic goal.)

It’s possible to be healthy at a higher weight, just as it’s possible to be unhealthy at a lower one. One 2016 study in the Journal of the American Medical Association even found that Danish adults in the “overweight” BMI category actually lived the longest. Being at a higher weight is associated with a higher risk of certain diseases, yes, but that doesn’t mean someone at a higher weight is necessarily unhealthy. “You absolutely cannot infer health information or information about one’s health behaviors based solely on their weight,” says Mary Himmelstein, a researcher at the University of Connecticut’s Rudd Center for Food Policy and Obesity. Someone in a thin body may be completely sedentary and eat a diet of mostly processed foods and very few fruits and vegetables, while someone in a larger body might be extremely active and eat loads of nutrient-rich foods.

All of this to say: the relationship between weight and health is far too complicated to make blanket statements like “health-robbing body fat.” Both weight gain and weight loss can be healthful or harmful. It all depends on context.

For years, Brody has presented herself as a living example of sustainable weight loss—about 50 years ago, she lost 40 pounds in two years and has kept that weight off since. In this particular column, she offers up her personal eating regimen as the solution to pandemic weight gain (and fatness in general): eat a diet “based primarily on vegetables, with fish, beans, and nonfat milk [as one’s] main sources of protein,” along with a bit of portion-controlled ice cream, the occasional burger, and daily exercise. But while that approach may seem realistic compared to all the fad diets out there, experts warn that it’s not as accessible as Brody makes it sound.

This “I can do it, so can you” attitude is out of touch with many people’s reality, says Jennifer Jackson, a dietitian based in Albuquerque, New Mexico. The nonprofit Feeding America estimates that 15 percent of Americans can’t afford enough nutritious food to meet their needs, and Bloomberg reported earlier this year that 12 percent of Americans live in poverty. Stressors like working multiple jobs, raising children (especially as a single parent), lacking health insurance, and living in unsafe neighborhoods also make prioritizing good nutrition more complicated. Health behaviors often have more to do with someone’s privilege than their motivation, Jackson says.

Even if everyone did eat according to Brody’s recommendations, it doesn’t mean we would all magically be at what Brody and the BMI scale (the height-to-weight ratio used to group people into weight categories) deem a “healthy” weight. “Weight is not simply calories in, calories out,” Himmelstein says. In fact, the body actively resists weight loss: a 2015 literature review published in the International Journal of Obesity explains that the body generally adapts to calorie deficits by burning fewer calories, using less stored fat for energy, decreasing the fullness-signaling hormone leptin, and increasing the hunger-signaling hormone ghrelin. It’s also widely accepted that there’s a genetic component to obesity, and a 2018 review in Current Obesity Report outlines the significant amount of evidence suggesting that stress plays a big role in body weight as well.

“Weight and weight gain are the result of our genetics, our physiology, our environment, our personal stress levels, and our behaviors,” the authors write. Assuming that weight is impacted only, or primarily, by our behaviors, is wildly inaccurate. And maintaining weight loss long-term is even harder than acheiving it in the first place. A 2020 review in The BMJ found that while diets lead to weight loss and health improvements in the first six months, these benefits typically disappear by the one-year mark.

Relentlessly encouraging weight loss does more harm than good. “Fat-shaming messaging increases weight stigma, which increases stress and inflammation—which are negative health outcomes,” says Amee Severson, a dietitian and the owner of Prosper Nutrition in Bellingham, Washington. A 2015 study in Obesity, of which Himmelstein was the lead author, found that individuals who reported experiencing weight stigma had higher levels of cortisol, a stress hormone, than those who did not. Chronically elevated levels of cortisol have repeatedly been linked to an increased risk of many diseases, as outlined in this 2017 review published in the EXCLI Journal. And a 2018 study in Health Psychology, also authored by Himmelstein, found that coping with weight stigma can negatively impact both physical and mental health.

While articles like Brody’s are presumably meant to promote health and healthy behaviors, they actually do the opposite. A small 2014 study of 93 college-age women in the Journal of Experimental Social Psychology found that those who saw themselves as overweight felt “less capable of controlling their eating” and consumed more calories after reading a weight-stigmatizing news article than those who read a non-stigmatizing article. A larger 2017 study in Preventative Medicine found that experiencing weight stigma as an adolescent significantly increased a person’s risk for binge eating and unhealthy weight-control behaviors as an adult. And, as Severson points out, it makes bigger-bodied people less likely to seek out health care, too.

No one owes it to the world to be healthy. “I think that every single person has the right to choose how important health is to them,” Severson says. People are allowed to have different values, and healthy behaviors like eating nutritious foods and getting regular movement are not a moral obligation.

Health is personal, and what is considered healthy when it comes to eating and other behaviors varies between individuals. It’s incredibly difficult to give effective health advice to a large audience, but there’s still room for health-promoting messages in the media. We need to think critically about the harm certain messages may cause. Mandating fruits and vegetables for people who can’t afford them is offensive and misguided. Demonizing fat and weight gain is demoralizing and harmful to people who live in larger bodies. We know that shame doesn’t motivate healthy behaviors—and it absolutely harms health.