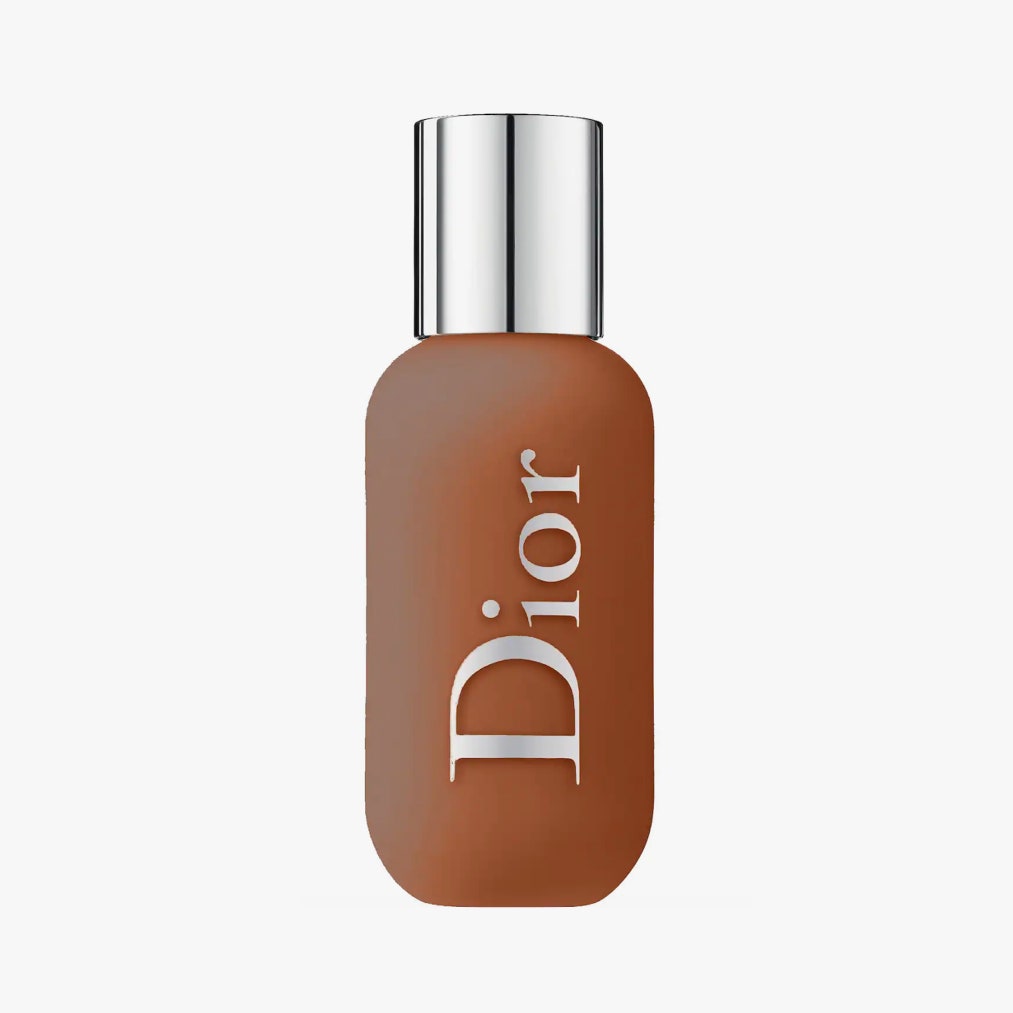 Tonight inside the iconic Panathenaic Stadium in Athens, Maria Grazia Chiuri helped the world get into the spirit of the forthcoming Olympic Games and unveiled Dior’s Cruise 2022 collection. Drawing from its ancient surroundings, the collection reimagined traditional Grecian dress through a decidedly modern, sportif lens. “Sport is movement, sport is freedom,” Chiuri told Vogue ahead of the show. Echoing the mash-up of classic and modern seen between the diaphanous, draped white dresses and boldly printed activewear sets and sneakers was the show’s embellished beauty look, which hinged on pearls—and lots of them.

“You can easily go holiday on ice if not careful,” laughed makeup artist Peter Philips about working with the pearl face decals. He used them to adorn eyes in a couple of different artful variations, ranging from “simple and classic” with delicate pearl drops placed on the inner corners of the eyes to more dramatic, with neat rows of pearls arranged along the upper and lower lashlines to frame the entire gaze. Further cementing the trend of faux piercings on the runway, there were also a slew of metallic stud pressings along the bridge of the nose and above the Cupid’s bow.

Referencing one of Chiuri’s muses for the show, late Greek art dealer Alexander Iolas, who was known for introducing the greats of Surrealism to America, Philips said the pearlescent eye designs were ultimately a nod to the 20th century avant-garde movement and symbolism of the Greek eye. “One of the most iconic things about Greek culture is the Greek eye,” explains Philips. “It will protect you and give you good luck. It’s a surrealist take on the Greek eye according to each individual model’s eye shape and overall look.” In the same spirit, hairstylist Guido Palau punctuated the hair partings of different model hairstyles, from curvy bobs to rumpled updos, with gleaming strands of pearls that flashed from the front and back.

To balance out the eclectic embellishments, Philips kept the rest of the makeup look refreshingly pared-back. “Beautiful, luminous, easy,” is how the pro described the fresh complexions, enhanced with a lightweight veil of Dior Backstage Face & Body Foundation and a dusting of powder to beat the heat. For the subtly gilded eyes, Philips swept a muted aureate shadow from the new Dior 5 Couleurs Couture Cruise 2022 eyeshadow palette across the lids, creating a “touch of gold.” Introducing new Grecian goddess codes, Dior offers a beauty element for everyone, whether you want a natural Mediterranean glow or are hankering for an ornamental touch. There’s no time like the present to reach for something that shines.