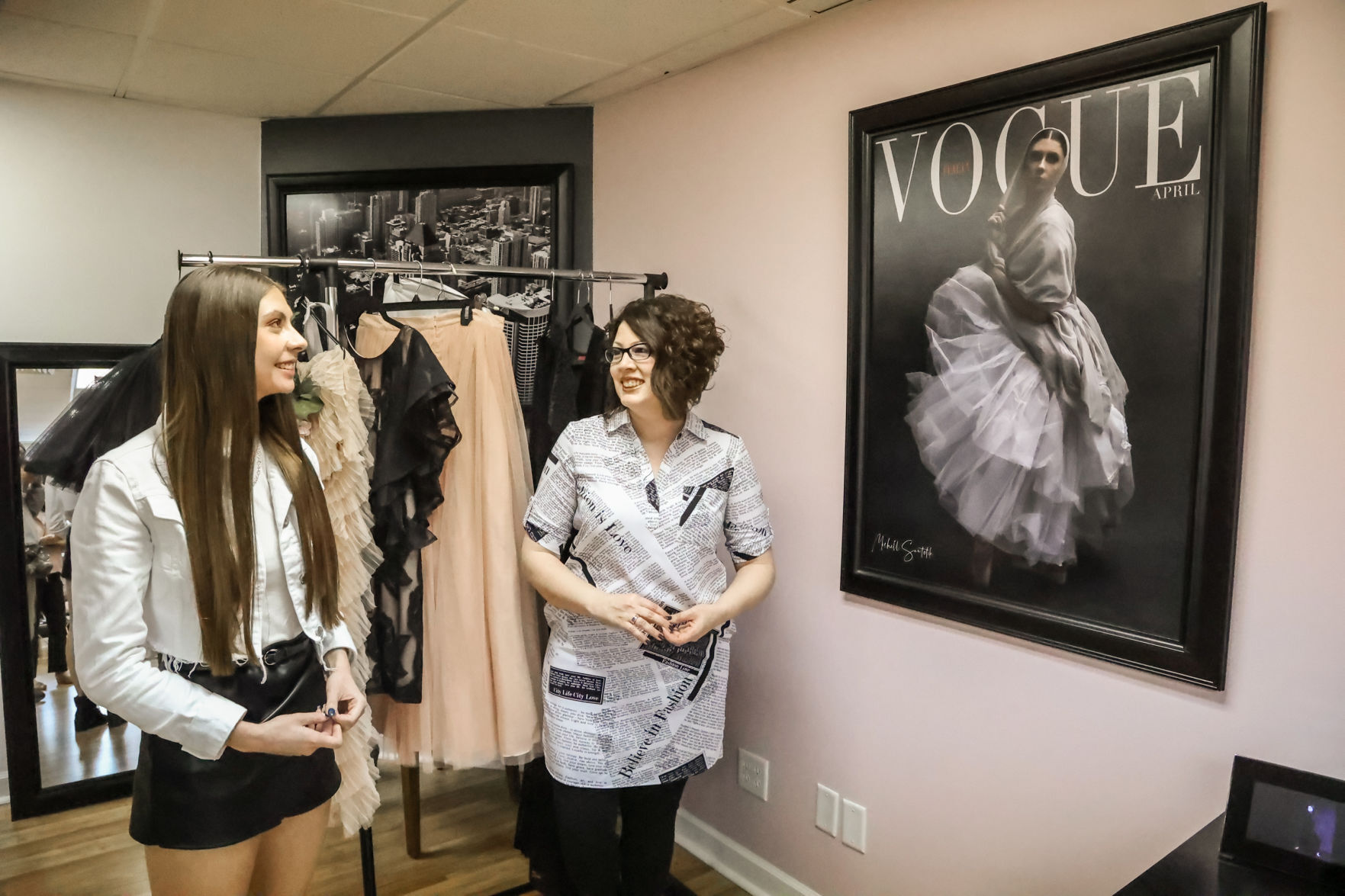 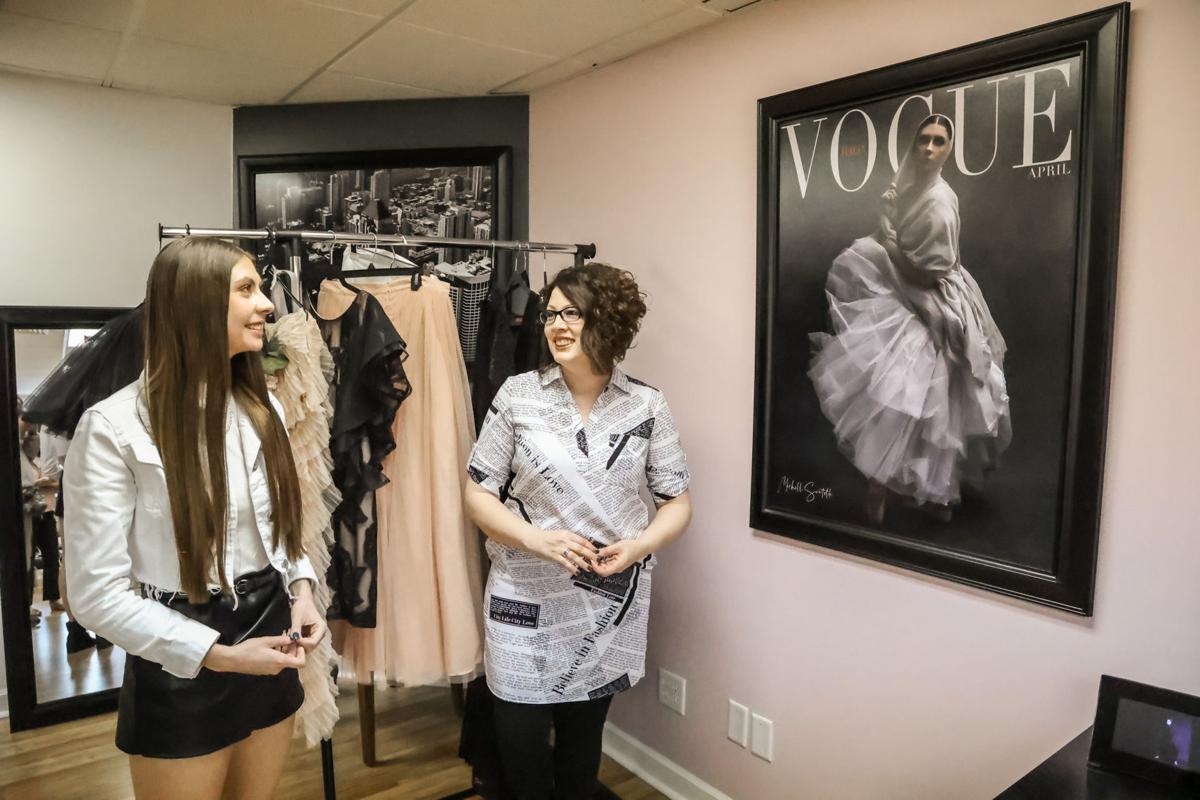 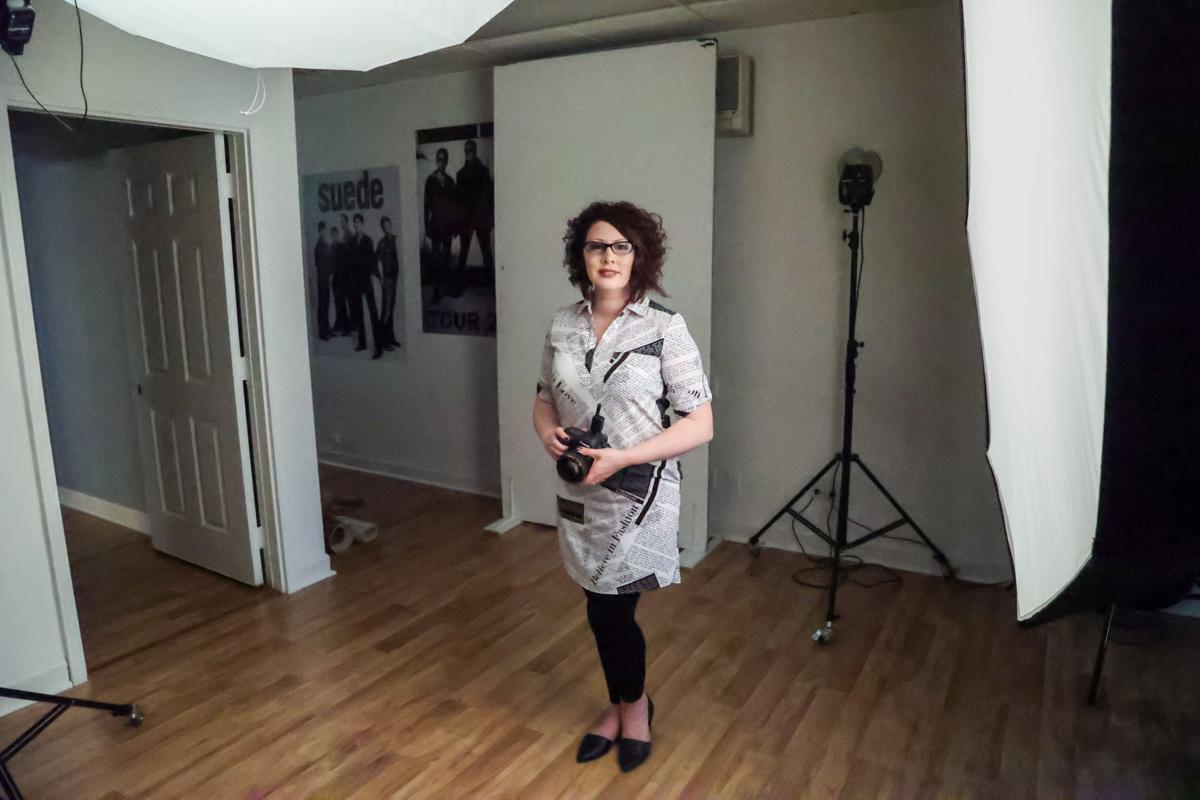 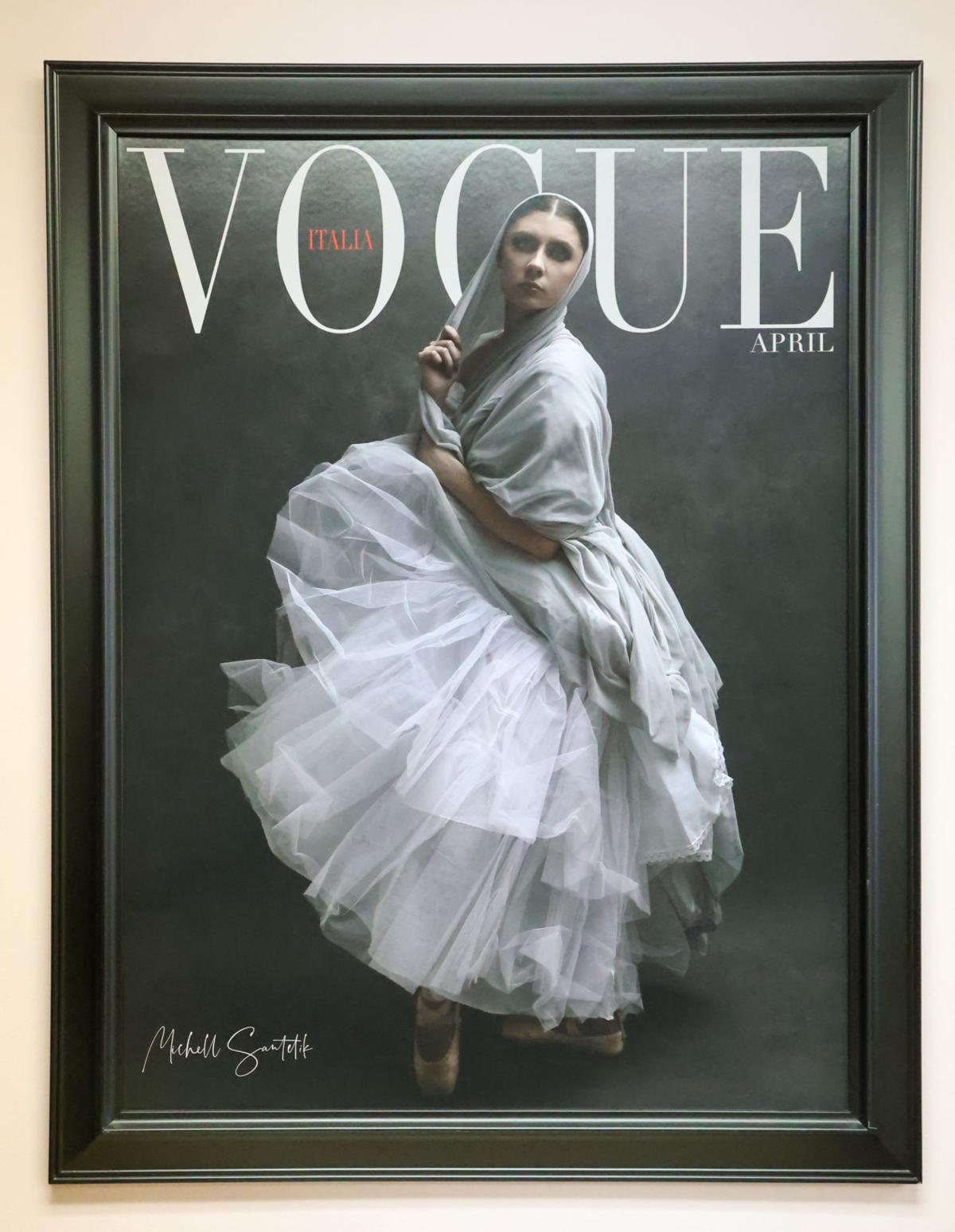 Portrait photographer Michell Santelik submitted this photo to Vogue Italia. The photo is of Izzy Gomez, a 16-year-old Highland resident. 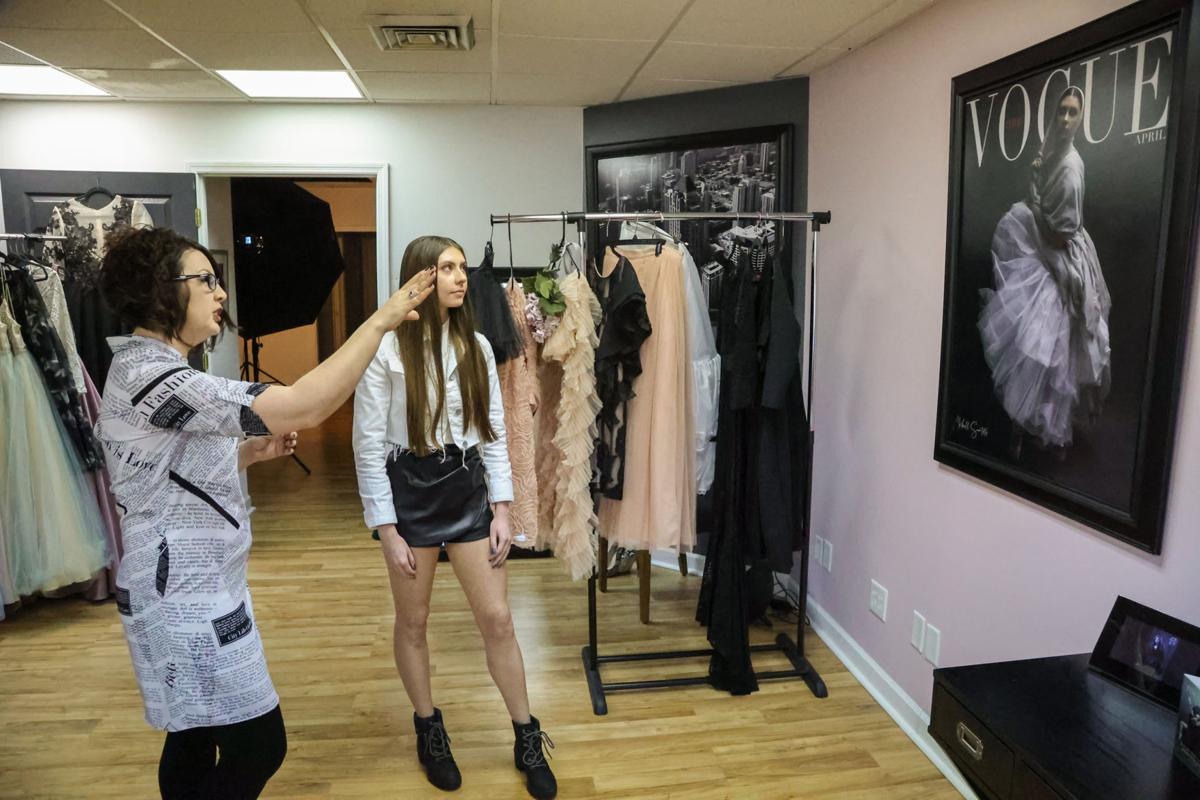 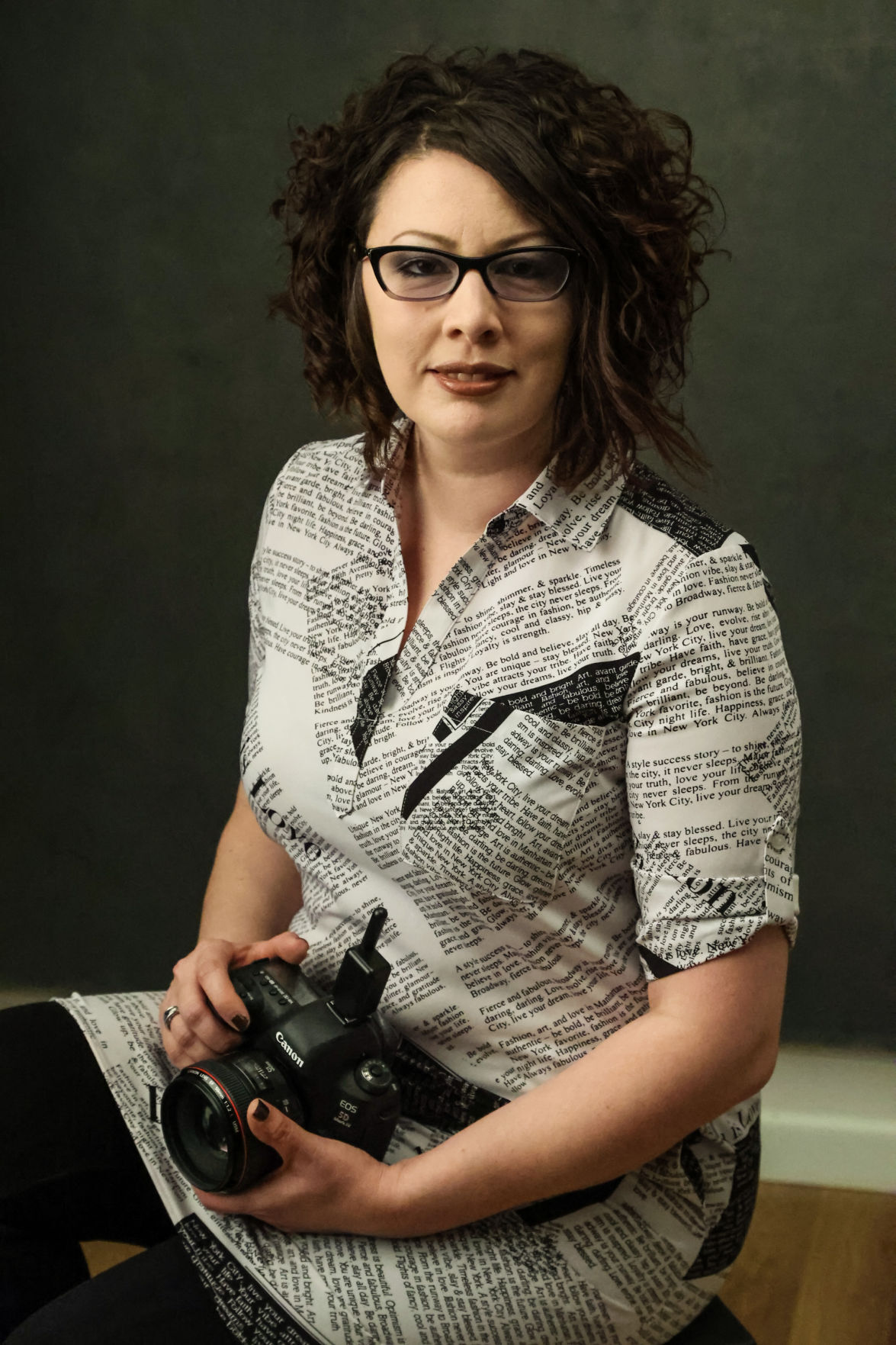 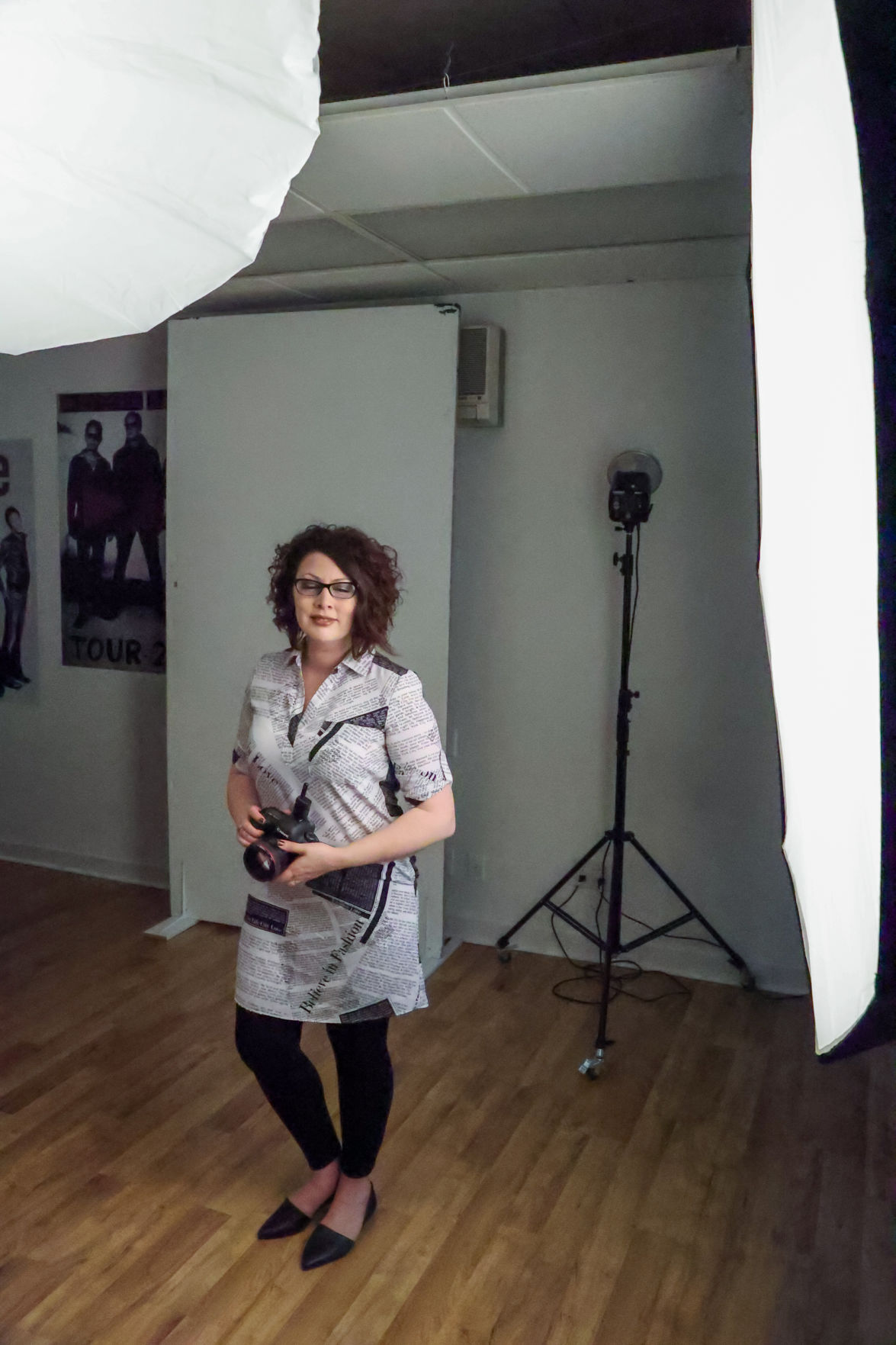 CROWN POINT — Michell Santelik calls it a “wow moment” in her 29-year career as a portrait photographer.

After three years of submissions of her photos to Vogue Italia, Santelik’s portrait of model Izzy Gomez, 16, was the one accepted.

“It truly is a big deal. … It was a big yes moment, a pivotal moment. It was the tip of the iceberg,” Santelik said.

The Vogue Italia accepted portrait featuring Gomez, a Highland High School honor student who is a dancer and an aspiring model.

Gomez wore in the photograph a crinoline skirt, pink ballet slippers and a fabric wrap covering her shoulders and head.

The portrait is titled “The Haunted Woman,” Santelik said.

Gomez said she was in shock when she found out her portrait taken by Santelik was featured in Vogue.

“Vogue is a really big deal. I’m just a normal girl in high school and feel grateful to be given this opportunity because of Michell,” Gomez said.

Gomez said she anticipates her portrait placement in Vogue as a tremendous leg up in her future photos shoots and goal to become a professional model.

“If I get a photo shoot in the future, they will recognize that and it will give me more opportunities,” Gomez said.

Santelik said she knew while taking the portrait that it might be “the” one to be selected.

“It was a surreal moment. We were going for something emotional. It was so fantastic and we knew it. … It came from my heart,” Santelik said.

Santelik, who resides in Crown Point with her husband and son, has lived in the area her whole her life. She grew up in Cedar Lake and graduated from Crown Point High School.

Her interest in Vogue magazine, considered to be the top fashion magazine in the world, started when as a young girl she and her sister taped, floor to ceiling, American Vogue photos on their bedroom walls.

Santelik knew even as a youngster she wanted to be the photographer and not the model in the photos.

“I wanted to be the person creating the work,” Santelik said. “My parents always encouraged us to do what we wanted, but to just work for it.”

Santelik got her first job working for Ted Wahlberg Photography in Cedar Lake.

“When I started, it was on a film in a straight-out camera,” Santelik said.

She later worked for Ray Price and Legends Photography in Crown Point.

“Ted taught me portraits, and Ray the business side,” Santelik said.

“That was my goal, to open my own studio,” she said.

But the camera she inherited and is proudest of is one used by her late grandfather, Julian Benedict Sr.

Her grandfather served in World War II and took photos there on an unofficial basis.

“He dreamt of being a photographer, and the night before he passed he brought his special film camera out and said he wanted me to have it,” Santelik said.

She most enjoys photographing dancers because they are “people who show emotion through their dancing.”

Last year, during the pandemic, Santelik launched her own studio dance model team.

The four local dancers selected had highly styled photo shoots at her studio and then each received her own private photo shoot.

The grand finale was a commercial for the studio shot in the Old Lake County Courthouse ballroom.

Santelik already has selected six more girls for the 2021-22 year, and the theme is all about fashion, Santelik said.

“Everything is about fashion now,” she said.

Santelik uses digital cameras these days to shoot portraits, but her finished product has minimal changes.

“The majority of my work is straight out of the camera,” Santelik said.

“There are a lot of photographers or artists who do great work and use Photoshop, but I’m the opposite. The posing, the lighting, the cropping and everything in the frame is done at the time I shot it. The magic is in the creation, and that was always the goal — to produce something so emotional and beautiful without all the editing available.”

She also believes in the power of print.

“(Customers) are leaving with a printed portrait,” Santelik said.

Creativity is at the focus of Santelik’s lifelong goal as a portrait photographer.

Gallery: The Times Photos of the Week