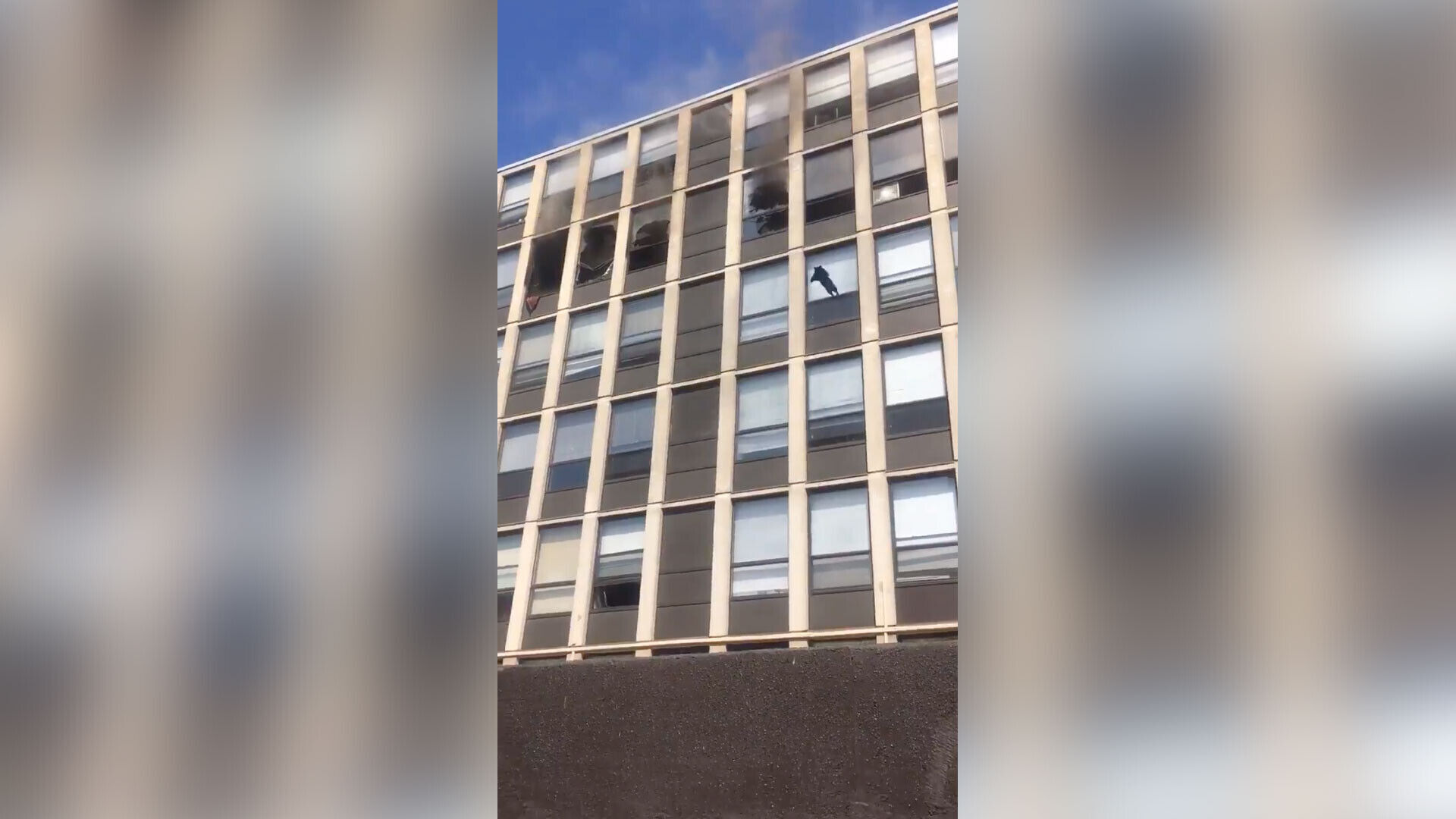 A Chicago cat used up at least one of its nine lives on Thursday when it leaped from the fifth story of a burning building, bounced off the ground and casually walked away.

Fire crews were attending a small blaze in the city’s Englewood neighborhood and were filming the building’s exterior when the feline made its great escape.

The video showed a black cat launch itself out of the building, and picked up its remarkably smooth landing.

Nine lives for a cat that jumped from fire at 65th and Lowe. Cat hit grass bounced and walked away! pic.twitter.com/LRBsjMta2Z

Crowds can be heard gasping during the jump, and reacting with relief when the cat walked away.

“Nine lives for a cat that jumped from fire at 65th and Lowe. Cat hit grass bounced and walked away!” the city’s fire department wrote on Twitter, alongside a video of the incident.

The age-old adage that cats always land on their feet perplexed scientists for centuries, and the exact mechanics of the animal’s righting reflex are still not completely understood.

But a series of photographs taken by French scientist Étienne-Jules Marey in 1894 helped explain how cats twist their bodies in the air to land upright.

Receive local adoptable pets PLUS updates for pet lovers in your inbox every week!