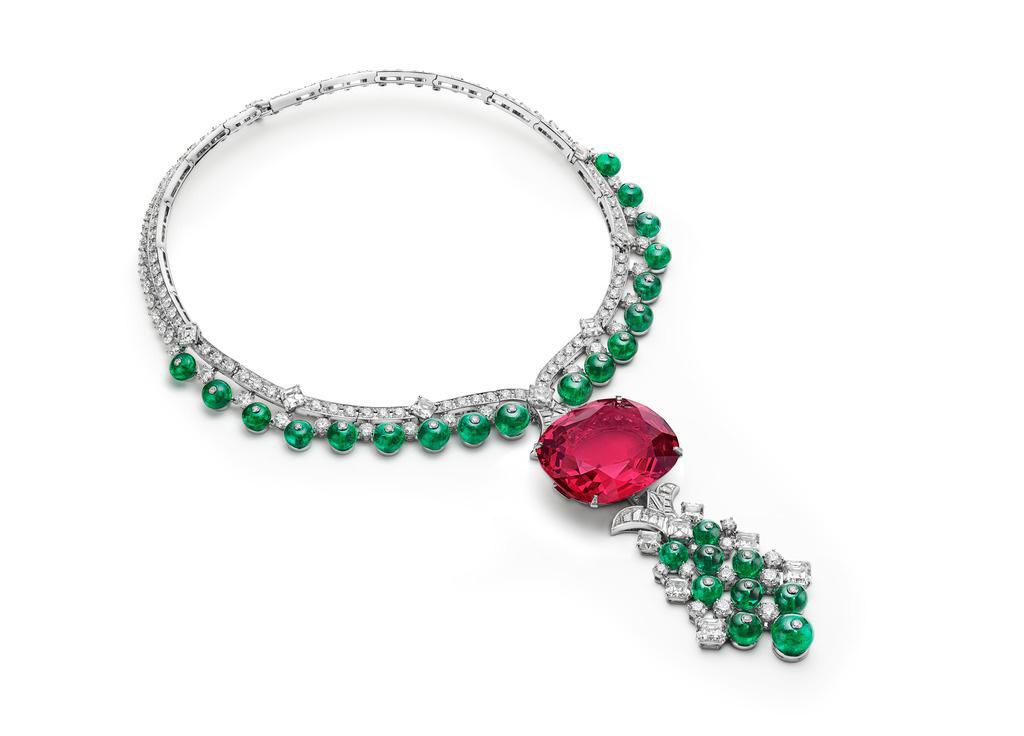 The Roman house of Bulgari is known for its incredible craftsmanship and its art of high jewelry. Since its inception it has been known for its impeccable jewels, and throughout the 20th century some of the world’s most glamorous celebrities and socialites visited Via Conditto in Rome to pick their favorite baubles. Bulgari has always taken inspiration from art and culture for its designs, which are often over-the-top one-of-a-kind pieces that dazzle and delight. Now, the newest collection, Magnifica 2021 High Jewelry raises the bar on exceptional works of art for the neck, wrist, fingers and ears.

The Magnifica series of one-of-a-kind pieces of jewelry and watches made its debut earlier this month in Milan to much fanfare. It is not just the look of the individual pieces (inspired by some of the world’s most famous muses), or the fine handcraftsmanship that goes into carving the metal and setting the stones. These factors, combined with the magnificent (hence the name) gemstones the  brand could purvey in all shapes and sizes, makes this new series one of true majesty.

In fact, this collection consists of a massive 350 masterpieces, 122 of which have never been seen before. The works reflect the brand’s 137-years of experience and enthusiasm and required thousands of hours of expert metal smithing and gem setting to create. Some of the pieces even required years of thoughtful collection of gemstones to get enough properly matched stones in the right sizes, colors, quality and cuts.

Highlights include the Imperial Spinel necklace, which boasts a center spinel stone of rich pink, fuchsia red that weights 131.21 carats. Found in Tajikistan, the rare spinel is the fourth largest in the world by carat weight. According to Bulgari, the three that are larger are set into Russian and British Imperial crowns.  The necklace from which the spinel hangs is crafted of diamonds and green emerald beads that culminate in a fancy center, where the spinel is attached. Emulating a necktie, the stone forms the knot and from it hangs a tassel of emerald beads and geometric shaped diamonds. The entire necklace took more than 1,400 hours to create. Some of the other treasures unveiled in this  collection required upwards of  2,500 hours of meticulous hand work

Another spectacular piece boasts a 93-carat cabochon Colombian emerald that is held in the jaws of a serpent. Another design, the Mediterranean Queen necklace, witnesses five oval cushion-cut Paraiba  tourmalines, considered the rarest gem in the world that weigh 500 carats. Paraiba tourmalines are a spectacular color of pale blue with fiery inclusions that mimic the seas around Italy’s Sardinia island. The necklace is formed using diamonds and emeralds.

The pieces made their debut via a high jewelry show in Milan, which was also digitally recorded. Bulgari’s finest clients from around the world are among the first to actually see and touch the Magnifica series.