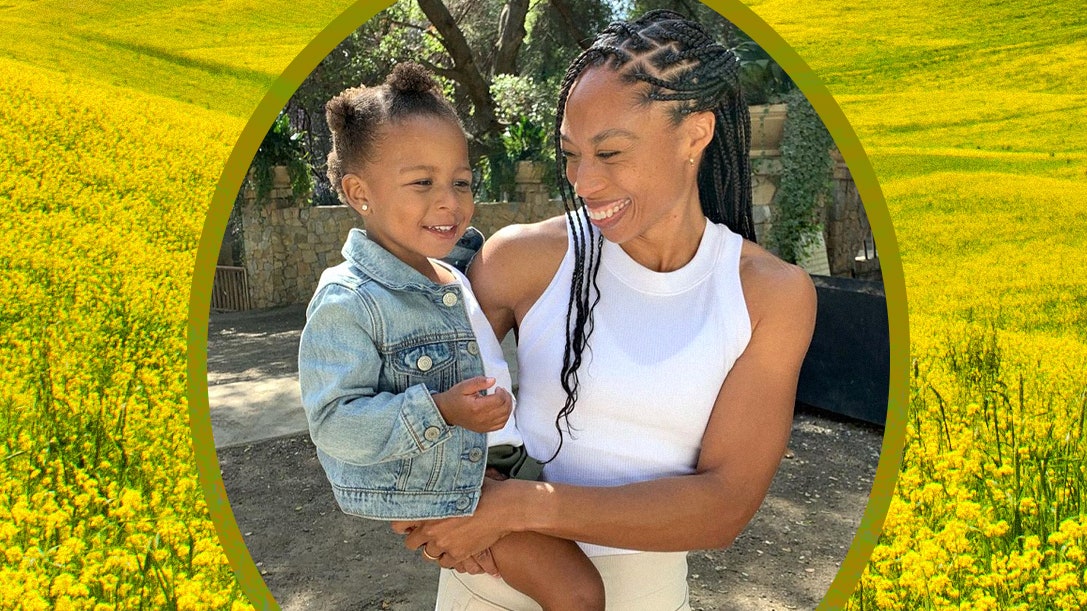 Ahead of the Tokyo Olympics, Allyson Felix is Running for Black Mothers Everywhere

Doulas and midwives often tell their clients to record their birth stories so they don’t forget the moments leading up to how they became mothers. But this past year has changed many of these narratives as the global pandemic has impacted birthing people in ways big and small. Some welcomed children alone, as hospitals struggled to contain the virus. Others have been isolated from friends and family, trading in-person celebrations for face-time and Zoom calls. As we prepare to celebrate Mother’s Day, Birth Stories—a limited audio series hosted by Vogue Beauty Director and pandemic mom Celia Ellenberg—spotlights the resilience of women and the weird, wild, and wonderful experience of bringing life into the world during a time of unimaginable loss.

After a traumatic birth in 2018, decorated American sprinter Allyson Felix began the arduous process of conditioning her body for the 2020 Olympics in Tokyo. We all know what happened next: the pandemic broke out and the Games were postponed for a full year—which means that Felix has essentially had to live through her fifth trimester, twice. The term, which was coined by author Lauren Smith Brody in her 2017 book of the same name, encapsulates those often challenging months when many postpartum mothers rejoin the workforce, moments of which Felix has had many. Because it isn’t just her track and field training that has required endurance: the nine-time Olympic medalist—and the only woman to win six Olympic track and field gold medals—has become a vocal advocate for fetal and maternal healthcare and equal pay, causes that she has taken up in front of Congress, and in a widely circulated New York Times op-ed in which she criticized Nike for failing to add protections to her contract in the months surrounding the birth of her daughter; in response, the company announced a new maternity policy that guaranteed an athlete’s pay and bonuses for 18 months surrounding pregnancy. This week, after a long relationship with Felix, Proctor & Gamble released a video celebrating her accomplishments—both on and off the track—as she prepares to return to the Olympic qualifiers in June. In this episode, Felix discusses the work she puts in every day as a sprinter, a seasoned competitor, an advocate, and a mom who still needs to negotiate childcare with her partner.