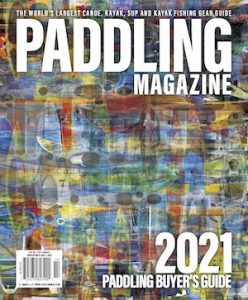 1. Wetsuits provide an insulating layer between skin and outside air and water but they’re not waterproof. Lightweight, flexible, durable and available in all different shapes and thicknesses, a wetsuit can keep paddlers, surfers, divers and anyone else playing in the water comfortable, even in 40°F water.

2. The wetsuit was invented in 1951 by University of California physics professor and Manhattan Project scientist Hugh Bradner. He didn’t foresee its mass appeal and never patented the idea. Both O’Neill Inc. founder, Jack O’Neill, and Body Glove founder, Bob Meistrell, also claimed to have invented the wetsuit. They continued to publicly vie for the distinction for decades, even threatening lawsuits, according to the Los Angeles Times. Before wetsuits were available, surfers kept their sessions brief in cool seas, wearing a swimsuit and sometimes oil-soaked wool sweaters or long underwear.

3. Most wetsuits are made of neoprene. Invented in 1930, neoprene was the first synthetic rubber. Nowadays, it’s in many everyday objects, including laptop sleeves, mousepads, cycling chamois, electrical insulation, automotive fan belts and paddling apparel.

4. Neoprene is even used in space. American astronaut Neil Armstrong’s spacesuit was made of 21 layers of synthetics, neoprene and metalized polyester films, protecting him from the vacuum of space and the Moon’s extremes of heat and cold, which range from 260°F in sunlight to -280°F in shadow. The suit cost $100,000 in 1969, equivalent to $670,000 today, according to Smithsonian Magazine.

Q: What detergent do surfers use to wash their wetsuits?
A: Tide.

5. There are those who pee in their wetsuit and those who lie about it. The need to go when you’re in the water is due to a physiological process called immersion diuresis. When you enter water colder than the ambient air temperature, vasoconstriction occurs (narrowing the blood vessels), and extra blood is sent to the central organs. The body interprets this as fluid overload, causing an increase in urine production.