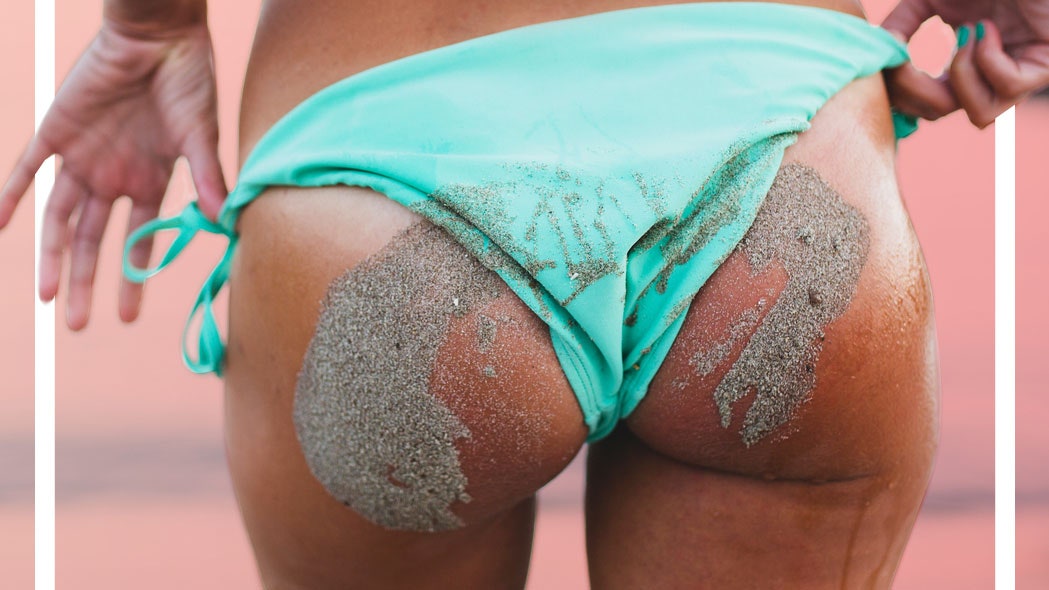 15 Things Your Bikini Waxer Wants You to Know

Let’s get this straight: There’s no wrong choice when it comes to getting a bikini wax or not. From Barbie-doll hairless to full bush (as celebrities have candidly begun talking about), how you groom down there is a purely personal decision. But if totally bare—or close to it—is what you’re after, there’s no denying that a bikini wax or Brazilian wax is the fastest, least bump-inducing way to smooth things out below the waist.

That said, it doesn’t matter how advanced you are in the Brazilian arts, we get that it can be a nerve-racking experience. Here, our favorite bikini-waxing specialists share what they wish they could tell you before you lie down on the table. (Hint: You have nothing to be embarrassed about. Unless you show up drunk. Don’t do that.)

1. No one is judging your vulva.

First things first: “Don’t be nervous about the way your vulva looks,” says Spruce & Bond specialist Krystal Cordova. “We see all sizes and colors on a daily basis. Our job is to make you look and feel better about it.” It’s a bikini wax, not an audition to be a pubic-hair model.

If you’re a newbie and anticipating pain levels that rival that of Steve Carell’s character in The 40-Year-Old Virgin, know that a bikini wax certainly isn’t a paid vacation, but it’s likely going to go better than you think. “For first-time waxers especially, the buildup of anticipation before you get in the room is the worst part,” says Shobha Tummala, founder and CEO of East Coast hair-removal chain Shobha. “If you’re seeing a pro, the act itself will be much faster and less painful.”

Seriously. “Prior to waxing, the length of your hair should be at least a quarter inch,” says Beata Chyla, an esthetician at Bliss in New York. Any less and the wax won’t have enough hair to grip during the removal process.

4. Seriously, there’s no such thing as being too hairy.

“A lot of clients get embarrassed about their growth if it’s been a while,” Cordova says. “I’d rather wax overgrown hair than a two-week-old shave. It’s easier for the specialist and less painful for you.”

Avoid scheduling a wax five days before your menstrual cycle, during, or immediately after. “Your body is especially sensitive during this time,” says Exhale Spa aesthetician Angela Marinescu. If you’re sensitive or it’s your first time getting waxed, she adds, taking Advil half an hour prior to your appointment will help. Or you could try these other reader-approved painkillers.

A glass of wine to temper your nerves before is one thing. But showing up plastered is a different story. “Don’t come into your appointment drunk; it will only make your blood thinner and more sensitive to pain,” says Cordova. There’s also the fact that it’s just kind of rude. Cindy Thorin, the owner of Pink Cheeks Salon, in Los Angeles, once had a client arrive so drunk she didn’t know what to do. “I told her we had to take off her pants, not her underwear if she didn’t want to,” Thorin recalls. When the woman couldn’t get them down on her own, Thorin had to help her. (Don’t worry—she came in to apologize later a few days later.)

7. Wear comfortable clothes to your appointment.

Yes, it’s a kindness to your waxer that you arrive fresh and cleansed, but it will also help your wax go more smoothly. Natural oils, sweat, or body lotions can prohibit wax from adhering as well. “Come in tidy, like brushing your teeth before a dental exam, but more along the lines of prepping for your annual exam at the gynecologist,” says Tummala. “At Shobha, we have rosewater freshening cloths in the room just in case.” She notes that the drier the area is, the better the wax will adhere and the better the results will be. “If you know you’re a sweater when it comes to physical activity, most likely you’ll sweat in your bikini area as well,” she explains. Wiping the area of other natural—and completely normal—bodily fluids like discharge is appreciated as well.

9. Pee before your appointment.

If you’re nervous, prewax jitters can lead to a nervous bladder. “Make a pit stop in the powder room first because undressing and then redressing once you realize you have to go slows things down and adds more hassle for you,” notes Tummala. She says this is a common occurrence: “Oftentimes, after disrobing from the waist down for a bikini treatment, you might feel a little colder, which can intensify the need to pee. Also, during certain parts of the treatment your skin is pulled taut, so even a light press on a full bladder can be uncomfortable.”

You don’t have to go totally bare, as there are tons of bikini wax styles to chose from. You can get just the sides and the top cleaned up (a bikini wax), you can get everything but a small landing strip of hair or a triangle in front (a Brazilian wax), or you can get everything—top, sides, and back—removed (a full Brazilian). If you’re not sure which you want to start with, don’t be afraid to ask your technician. It’s only awkward for them if you don’t like the end result.

“If you have a specific idea of how you want your bikini line to look, speak up,” Cordova says. “Transparency is welcome.” Cordova says she and her team can create clean edges “like a tapestry” or just clean up what’s visible outside of your bikini.

12. Don’t work out after your wax either.

One of the core pillars of post-wax care? Take the whole day off from the gym. “The friction in tight yoga pants can cause irritation,” says Marinescu. Additionally, “you should avoid any physical activity 12 to 24 hours after your wax,” Cordova says. “The less heat you bring to the area, the better.” Steering clear of another—more private—athletic endeavor can be beneficial as well. Esthetician Elana De Damian of Elana De Damian Skin Care suggests holding off on getting busy post-wax for at least 24 hours.

This one is a pretty standard rule most waxers will warn you about, but it’s easy to forget. Any kind of action down there—sex in particular—can lead to discomfort. “It can cause excessive chafing from friction on extra-delicate skin,” says Grochowska. Consider turning the first two days into official cuddle time.

The first 48 hours after waxing, your already delicate skin down there is even more vulnerable. So while you may be dying to throw on your bikini the second you leave the salon, keep in mind that sensitive skin is more susceptible to UV rays. “This can lead to permanent sun damage and  hyperpigmentation,” says esthetician Marta Grochowska of Haven Spa in NYC.

15. Resist the urge to do recon work after your wax job.

“If ingrown hairs appear after your wax, don’t pluck them,” advises Cordova. “Let us handle it.” If you pick at your ingrowns with your nails, you risk scarring and infection. “We have tons of bacteria underneath our nail beds,” she says. If you can’t make it back into your waxer’s, an ingrown-hair treatment (like Anthony or Fur) can help safely address the issue, as can gentle exfoliation of the area three days after your wax.